by Michael 14 years ago9 months ago
8 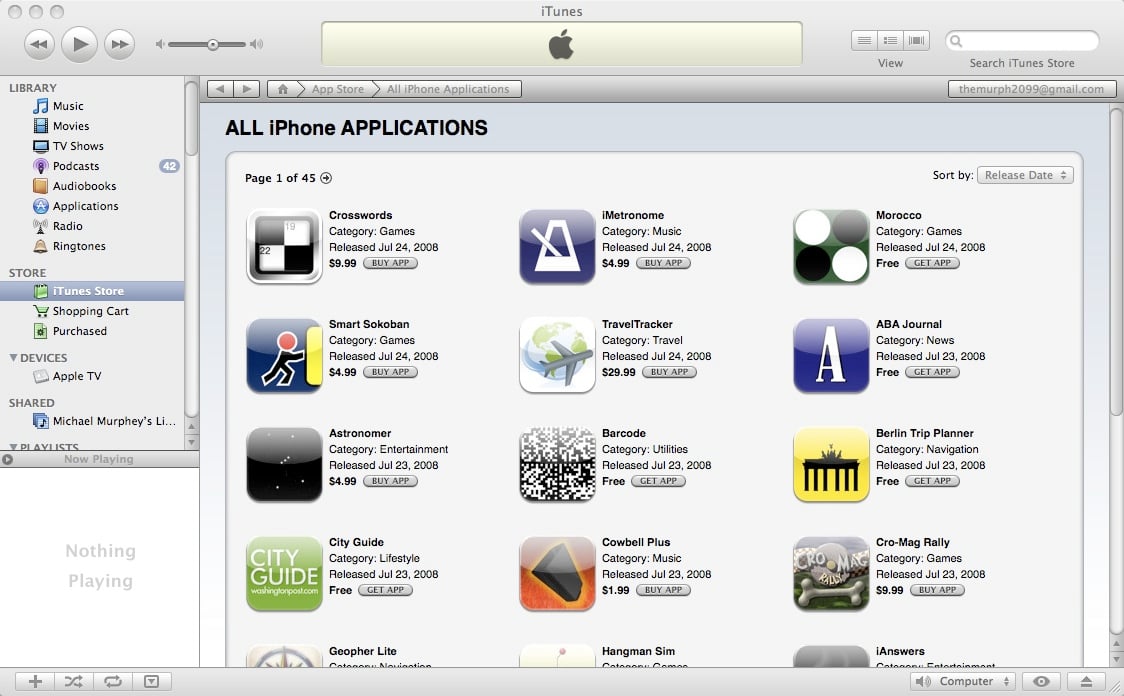 Over the weekend, and again today, I have read posts on other blogs about the current issues surrounding the App Store, and problems that developers are having with it.

The first was on TUAW this weekend. It’s titled simply enough “iPhone 2.1 SDK Disappointments” but the post itself includes a variety of over the top bits, including having Apple talk with a German accent, “Ve shall delivah the 2.0 iPhone und SDK on Yuly 11th”. Based on the scathing tone of the rest of the article, I don’t think the author is trying to insinuate that they’re selling Volkswagens.

The article claims that Apple is not accepting Apps into the store over “grammar mistakes”, and telling developers that they’re rejected for “not presenting the user with the best playability options”. Now, based on some of the crap that is in the App Store currently, I find that extremely hard to believe.

This morning Ars Technica posted a similar article entitled “iPhone, App Store problems causing more than just headaches”. The article makes it seem like the App Store has been a complete nightmare that hardly works, and is causing nothing but trouble. It even goes so far as to insinuate that Apple is much more interested in taking Users money than they are in actually providing updates for software in the App Store. The author claims that the “sweet treat” of the App Store is “turning bitter” (cue dramatic music).

Both of these posts seem to be particularly upset about the App Store NDA. They want it lifted and they want it now! It’s hampering things, and keeping developers from sharing information. If you read these articles, you may be convinced that it’s causing the downfall of western civilization as we know it.

Now, it’s obvious Apple has kinks to work out of iPhone 2.0, the App Store, and MobileMe. This has been a very rough launch, but I don’t think has been as bad as these articles make it out to be.

Apple is launching a completely new platform here, and has thousands upon thousands of developers frothing at the mouth waiting to make money off of it. I understand waiting can be frustrating – I’m not a terribly patient person myself – but I think, for the most part, Apple is doing a good job on the App Store. As a user, I haven’t had many problems with it at all.

Sure, there have been a few times that I’ve had to reboot my iPhone, or an App has crashed once or twice, but these instances have been minimal for both myself and my wife. I can’t speak for every iPhone out there, but I can speak for the 5 that are owned by myself, my wife, and members of her immediate family – and so far, we’re all enjoying the hell out of the App Store.