You are here: Home / iPhone / Apple To Join Samsung And Huawei On Folding Screen Tech 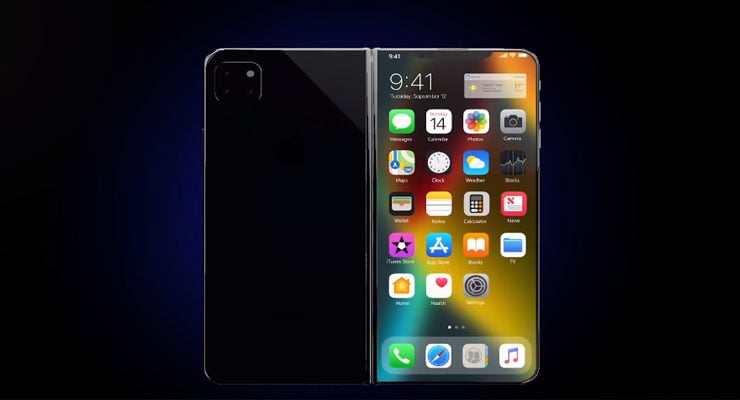 Here’s some interesting tech news for you. Apple is jumping on the folding screen technology bandwagon. It’s an interesting combination where Samsung is rumored to be providing the tech to Apple and apparently, Wozniak really wants to make the folding iPhone a reality.

While that may sound to be cutting edge to most of you, it’s actually not. That’s because Apple had actually patented the idea back in October 2014. However, at the time, the idea was dull and as a result, it never came to life. Well, that is, until now where both Samsung and Huawei are both on the way to release models they have developed.

Apple wants to keep up with the folding screen technology!

It also looks like Mr. Wozniak is particularly anxious to create a model as well. My guess is that by doing so, it keeps Apple relevant. It puts them on the same path and prevents Apple from appearing to fall too far behind on the technology but, most importantly, it keeps Apple in the game and active with products that keeps the competitive nature of phone technology active.

According to BNN, in a video interview with Wozniak, he actually confesses that his intention is to get ahead in the game with the folding technology. As for why it’s been this long in the making, he doesn’t really say.

However, he did hint that Apple usually comes up with some sort of surprise and if I had to wager a guess, I would think that Apple will have to make their somewhat better than the competition, which is likely the surprise part of the equation. We will just have to wait and see what happens.

It also appears that Apple has filed a patent for a great solution to avoid breakage in cold temperatures. Interestingly enough, the patent was filed on August 28, 2017. You can find the complete file online here. In the patent Abstract, the solution is spelled out in this manner:

It goes on to explain that the heating process may be self-heated by illuminating pixels, or maybe from the use of a heating element or some other heating structure that will be used only on the portion of the display that overlaps the bend axis.

It sounds really interesting and a lot like something out of a sci-fi movie. How this is going to be possible is very likely the exact technology that Wozniak hinted at as being a surprise. If this technology becomes reality, it means that it will make an iPhone that will have a screen that can withstand any extreme temperature ranging from hot to freezing cold.

Imagine the other applications beyond handheld devices where this could be useful.

Anyway, there is no clear indication that Apple is actually working on something. The iPhone 11, as an example. But the anticipated prices for the new device will be expensive as predicted by the Inquirer.

It also appears that the new device will have a waterproof display. Does that mean you can now use your iPhone underwater? I’m not sure if that is seriously an option or not. But it may be another one of the surprises being held for a big reveal by the co-creator sometime in the not so distant future.

When you think about the possibilities with folding screen technology, you can’t help but wonder exactly how all of this is going to play out. The race is most certainly on but the way the results will be revealed is yet to be determined. One thing is for sure, we are slowly entering the very real future of nanotech. You can read more about it here.

Future gadgets from sci-fi movies are soon to become a reality.

There are a few reasons for that. Not only are the tech minds behind these innovations able to turn dreams into reality with the tech tools available in today’s world, but Big Business also plays a role in the development. Partly through financing the development but mostly related to the ongoing race to be first or to have the better version of the technology in order to remain competitive in what has becomes a highly competitive marketplace. The world of technology is fueled by the tech giants and all of us benefit from their competition in one way or other. A folding phone screen is one such example.