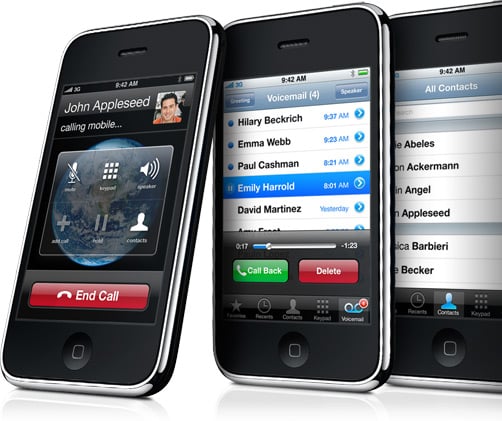 So Apple posted their second quarter results yesterday. Guess what? Things are good. REAL good. I think this is best explained by quoting Apple themselves, and providing translation:

Translation: I guess no one likes our fancy and too expensive computers, huh? No one except for everybody.

The Company sold 8.75 million iPhones in the quarter, representing 131 percent unit growth over the year-ago quarter.

Apple sold 10.89 million iPods during the quarter, representing a one percent unit decline from the year-ago quarter.

Translation: People are too busy buying iPhones, so we’ll take the hit on iPods. No biggie.

The big news in this whole situation though, was Steve’s statement in the document (emphasis mine):

â€œWeâ€™re thrilled to report our best non-holiday quarter ever, with revenues up 49 percent and profits up 90 percent,â€ said Steve Jobs, Appleâ€™s CEO. â€œWeâ€™ve launched our revolutionary new iPad and users are loving it, and we have several more extraordinary products in the pipeline for this year.â€

Hmm. Well, we have the iPad, and as of right now, there are no rumors for any other extraordinary Apple products of iPad levels. So what could it be? The only rumor I’ve heard is the same one I’ve heard before, which is the introduction of iPads in all sorts of different sizes. I don’t really see the point in that, because the iPad is a great size for what it does. The only real advantage I could see is doing a widescreen or HD version of the iPad, but who knows if that’s even a possibility.

So what is coming down the pike? New iPods are a possibility, as is an update to the Mac Pro, which needs it badly. And of course, there’s the next iPhone. Does that qualify as “several more?”