Apple and Adobe working on Flash for iPhone 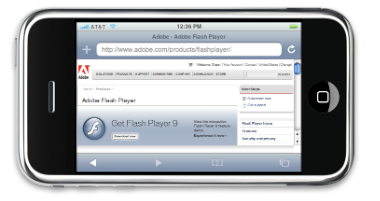 Adobe CEO Shantanu Narayen suggested recently that the company is working with Apple to develop a version of Flash that will run on the iPhone.

We’ve heard this before, but a recent interview with Bloomberg has brought the situation back into the spotlight.

Will we ever actually see Flash on the iPhone? At this point, I’d have to say “sure…at some point…but don’t hold your breath”.

I don’t know about you, but I have rarely felt hindered by the lack of Flash on the device. I thought at first that it would be a problem, but after having an iPhone for almost two years, I can’t really think of too many situations where its been an issue for me.