Analyst: T-Mobile Gets iPhone Next. Me: No Kidding. 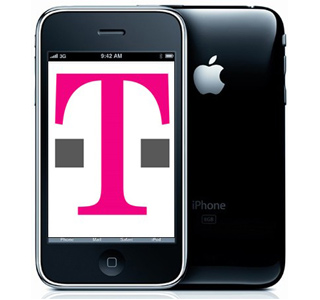 The AP is reporting that the next company that the iPhone goes to is T-Mobile. Here’s what they wrote:

NEW YORK â€” The iPhone will be available on other cell phone networks as early as this fall and will likely come first to T-Mobile USA, one analyst who follows Apple Inc. closely said Thursday.

In a note to investors, Shaw Wu, of Kaufman Bros., said his checks with Apple suppliers and others suggest AT&T Inc. will lose its exclusive place as the iPhone carrier no later than the first half of next year.

One reason T-Mobile is a likely candidate is because the company’s wireless technology is similar to AT&T’s. Sprint and Verizon Wireless use a different wireless standard, so converting the iPhone to run on their networks would presumably involve more technical hurdles.

Wu said T-Mobile also sees the iPhone as key to winning back lost customers, meaning the company will be more likely to settle for Apple’s terms.

In any case, Wu said, Apple needs to sign up another U.S. carrier to keep up the pace of iPhone sales and counter the rising competition of phones that run on Google Inc.’s Android software.

I honestly don’t see Apple making this announcement until WWDC next year at the earliest. Why? They’re going to piss off their iPhone customers who just signed another 2-year contract with a $300+ ETF fee.

But as many analysts say this, it’s all common sense. So much so that I already wrote about this back in May. Switching to T-Mobile is a jailbreak away, meaning that all Apple has to do is sign the contract with T-Mobile, flip a few switches in iOS, and there you go. So is it going to happen? Who knows? What I do know is that it better happen.