A Hardware Free WWDC – No iPhone Until Fall/Early 2011? 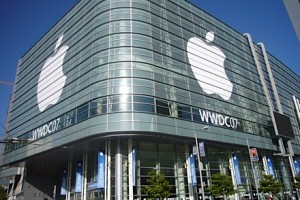 Apple recently announced the dates â€” Monday, June 6 through Friday, June 10 â€” for its World Wide Developer Conference earlier today and already rumors the iPhone 5 will not be announced this summer is making rounds. This may be the first hardware-less WWDC as Apple opts to focus on Software.

Rumors sprang up over the weekend of Apple pushing back the release of iOS 5 to Fall as it focuses on development on the mobile OS and OS X Lion. A refresh of iOS has always coincided with a new iPhone at previous WWDCs but rumors are saying otherwise. While iOS 5 may come in Fall alongside an iPod refresh, the next generation iPhone 5 may not come until the end of Apple’s 2011 fiscal year as part suppliers have yet to be selected according to Japanese Blog Macotakara:

According to Chinese source, iPhone 5 will not probablly be shipped during 2011 Fourth Quarter because the parts manufacturing for iPhone 5 are not started.

Source said that If Apple plans to ship iPhone 5, parts manufacturing should has been started already but not seem started.

The shipping date of “iPhone 5” may be set on 2012 First half because Apple seems to be focused on acquiring new customers with shipping CDMA to several country and not pushed to release new products from market.

Further indicators this year’s WWDC will be an a Software only event is speculation and comments from multiple analysts who agree a September launch of the iPhone 5 is likely. The Loopâ€™s Jim Dalrymple and AllThingsD’s John Paczkowski both think Apple breaking its yearly upgrade cycle is a smart move.