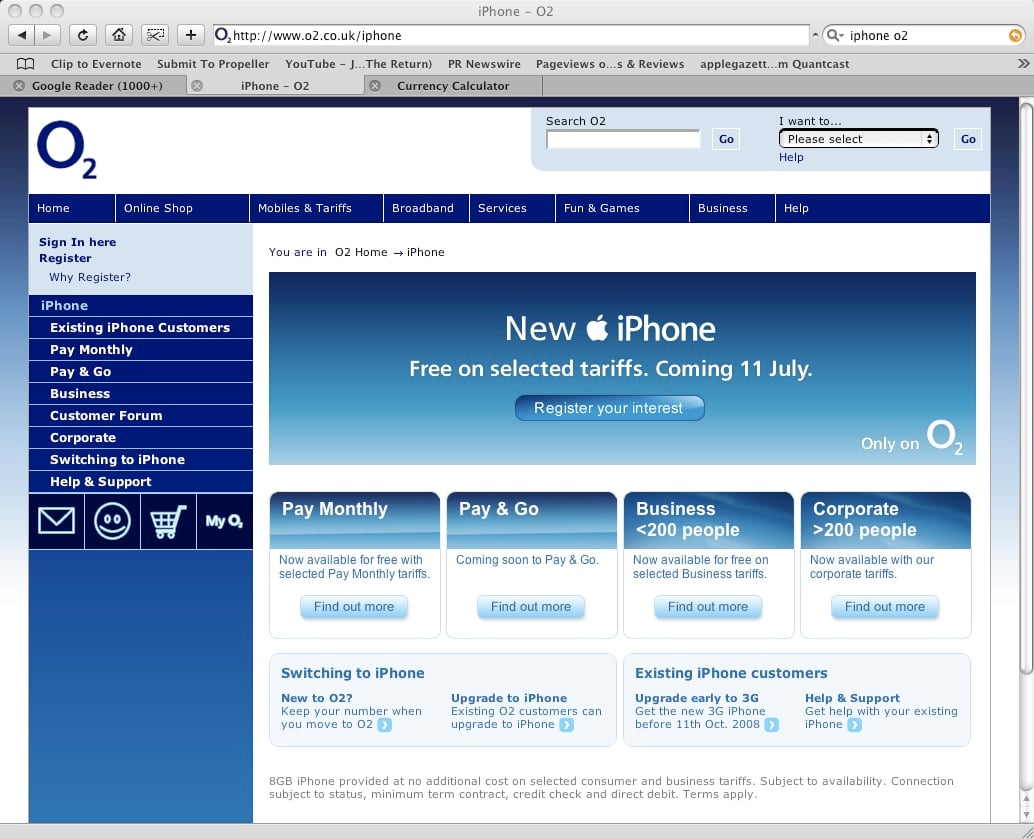 O2 will be selling pre-paid iPhones at Apple Stores as well as Carphone Warehouse, and its own retail locations when the iPhone launches in the UK on July 11th. iPhones will also be sold at branded concession stands in locations like Superdrug as well according to MacNN. The pre-paid pricing for the phone is expected to start at around Â£350 ($650).

In addition to that it looks like Apple stores in the UK may have to scramble to get ready for the launch. Currently there is no way for them to run credit checks, which will make it impossible for them to sell iPhones. Obviously that’s something they have to get corrected, but they do still have 21 days to get it all set up, so I doubt they’ll be unable to sell iPhones on launch day.