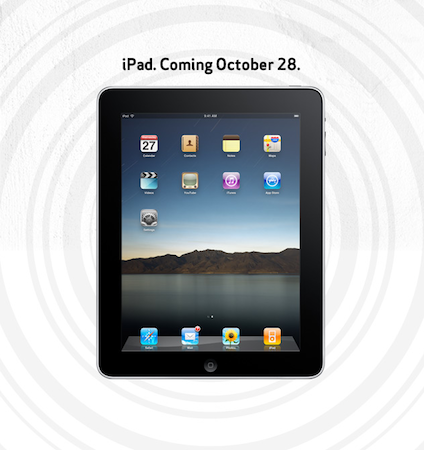 So here’s something that no one ever expected to see come to fruition: Apple and Verizon have become buddies â€” just not for what everyone wanted them for. Turns out that on October 28, Verizon is going to start selling the Wi-Fi model of the iPad in stores. Here’s the caveat: It comes with a Verizon Mi-Fi. OK, so that’s not so bad considering, particularly since there’s no contract involved. Granted, it’s only a 1GB service for $20, but that’s not the end of the world. Oh, and it’s also coming to the AT&T store on the same day, but no one really cares about that, now do they.

Of course, this does bring up some more interesting questions. Obviously, Verizon and Apple have spoken, and the result is the iPad hitting Verizon store shelves. Of course, the iPhone has to have come up in conversation, so now the question is, what happens next?

The assumption is that the iPhone will be coming to Verizon in the next few months, and that’s a pretty good guess. Is this part of the big announcement next Wednesday? Guess we’ll have to wait and see.