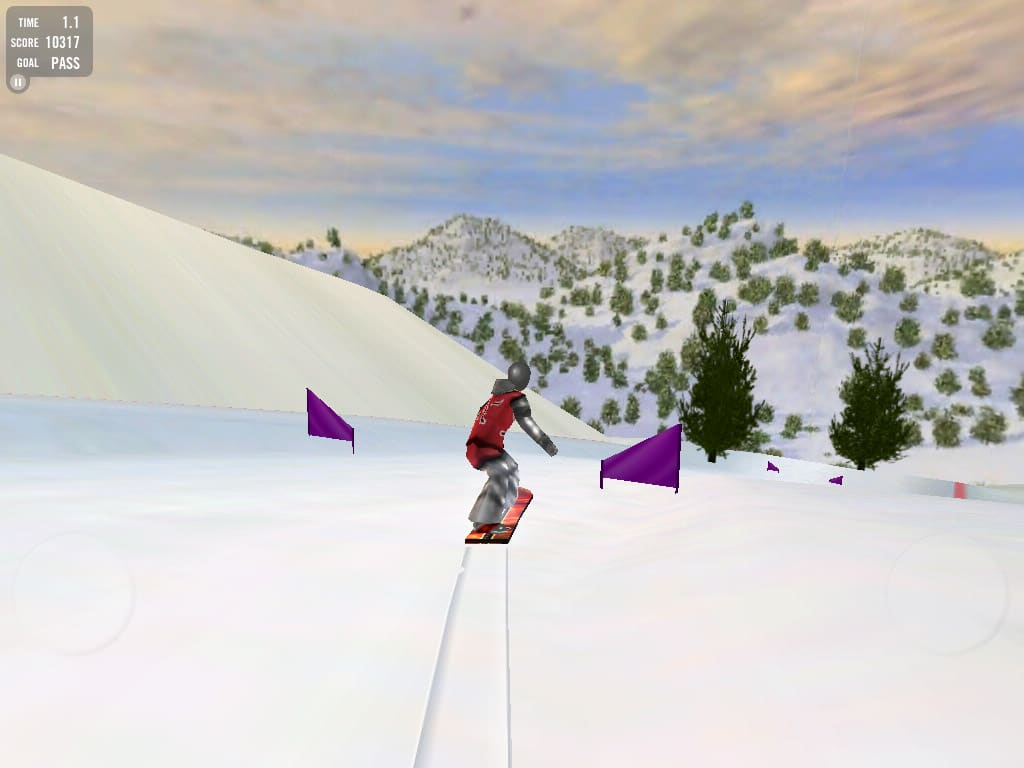 The best thing Crazy Snowboard for iPad has going for it is how easy it is to play. You can literally pick it up and start playing in less than a minute, because the controls are super intuitive. The basic scheme couldn’t be simpler: just tilt your iPad to steer the avatar down the slopes, tap and release to build up and jump, and use the on-screen toggles on either side of the screen while in mid-air to perform tricks. That’s really all there is to it, and it never gets any more complicated than that.

There’s a token upgrade system that allows you to unlock new avatars and snowboards once you perform well in the game, but these are for aesthetic purposes only. Changing these things has no bearing on gameplay. There’s a $.99 add-on you can download that gives you ten additional avatars and boards. 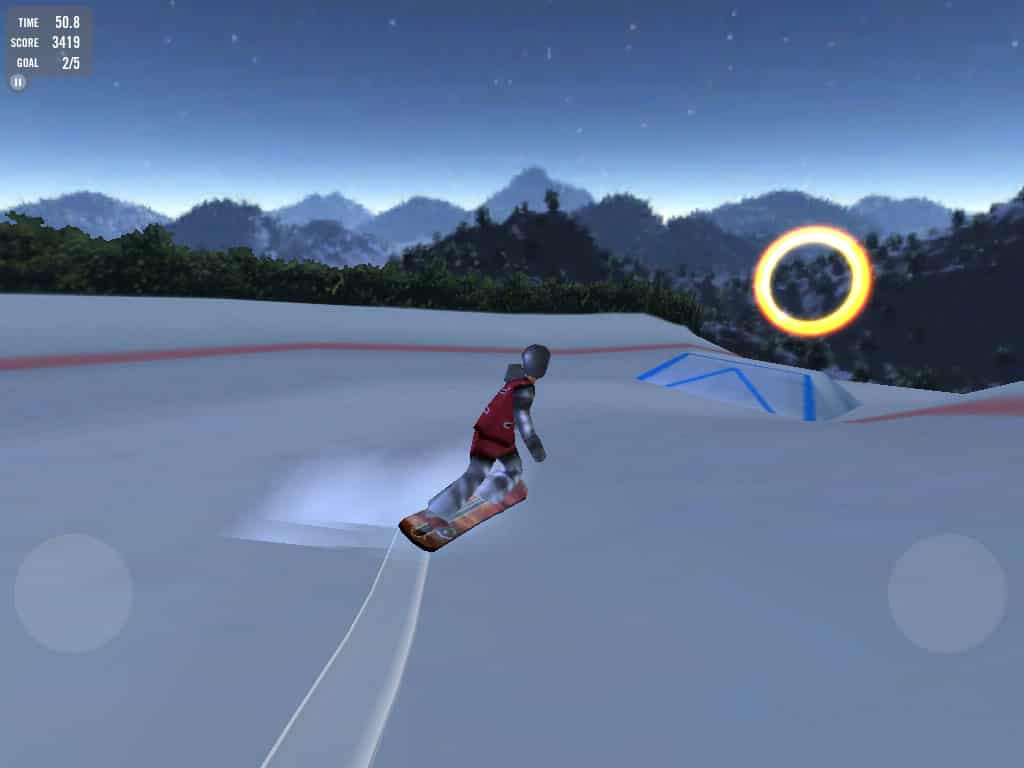 As for the tech, theÂ graphics are decent but nothing special, with a small but nice variety of environments. But the graphics show evidence of a simple iPhone-to-iPad upgrade. The sound is much the same. To put it simply: the game costs $.99 in the iTunes, and you’re getting what you pay for in the tech department. 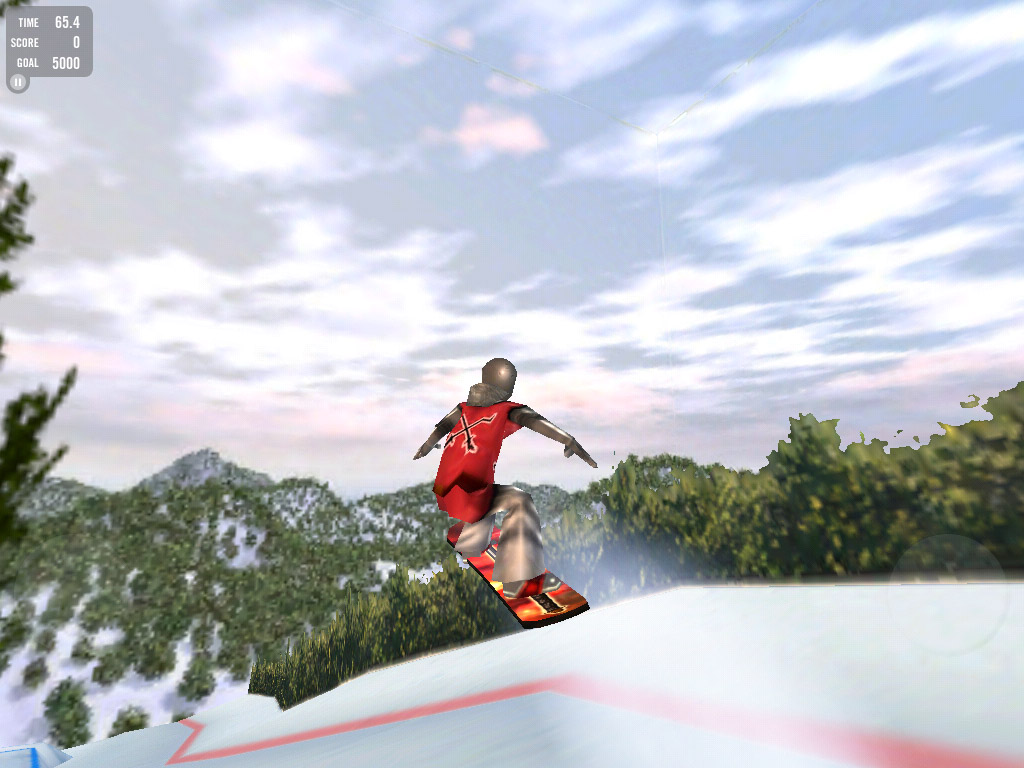 Smartly, Crazy Snowboard never aspires to be much more than a time waster for killing time on the subway or at the dentist’s office. But for such a simple game, it’s surprisingly addictive. I kept finding myself tapping the “next level” button long after I needed to stop.Â Linking tricks together without landing on your tush can take a little practice, but it’s every bit as fun to nail a 720 flip-grab in this game as it is in on a console withÂ Shaun White orÂ SSX.

There are several different modes of play; some will find you boarding through slalom flags, others will grade you on how many objects (like signs or snowmen) you crash into and knock over, or grinding on rails. One mode has you searching for letters that spell out the word “crazy,” another has you gathering coins, and another has giant rings for you to jump through. But no matter what mode you play in, jumps are always encouraged and give you extra points if executed with proper landings. There are even four separate levels where you can play literally forever, jumping or slaloming to your heart’s content.

If Crazy Snowboard were much more than a dollar, it would be hard to recommend, given its limitations. As it is, it feels like a brilliant value. 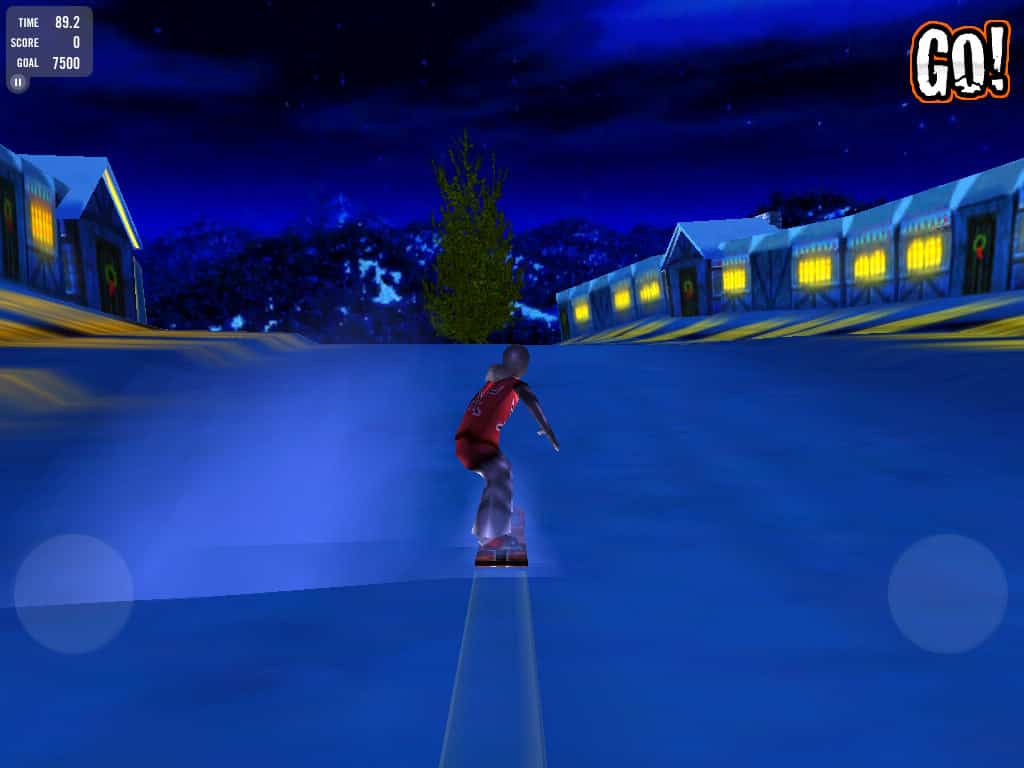