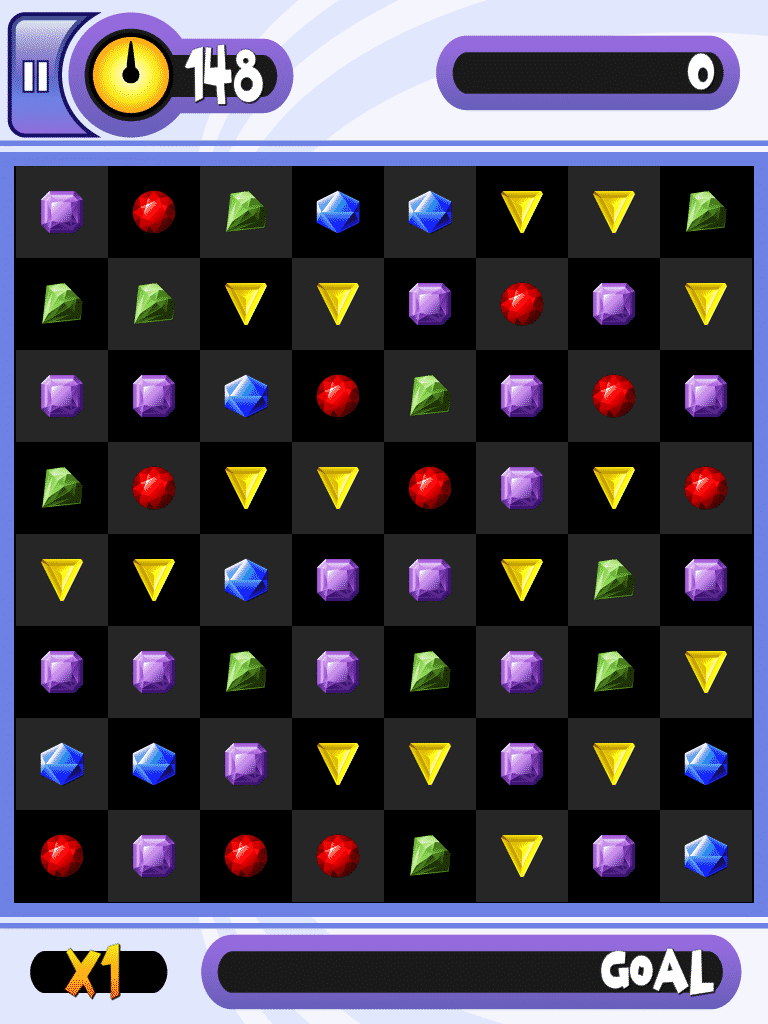 Bejeweled has always been an insanely addictive little puzzler. Available in lots of different formats, it’s played by hundreds of thousands of players on consoles, computers, and even an uber-popular version on Facebook.

Sadly, there’s no Bejeweled available for iPad, but game studio PlayBrains has remedied that with its original title, Babo Crash. Though not related to its popular counterpart, Babo Crash serves the basic function of letting you enjoy Bejeweled-like gameplay on your iPad, with those wonderfully simple finger gestures. 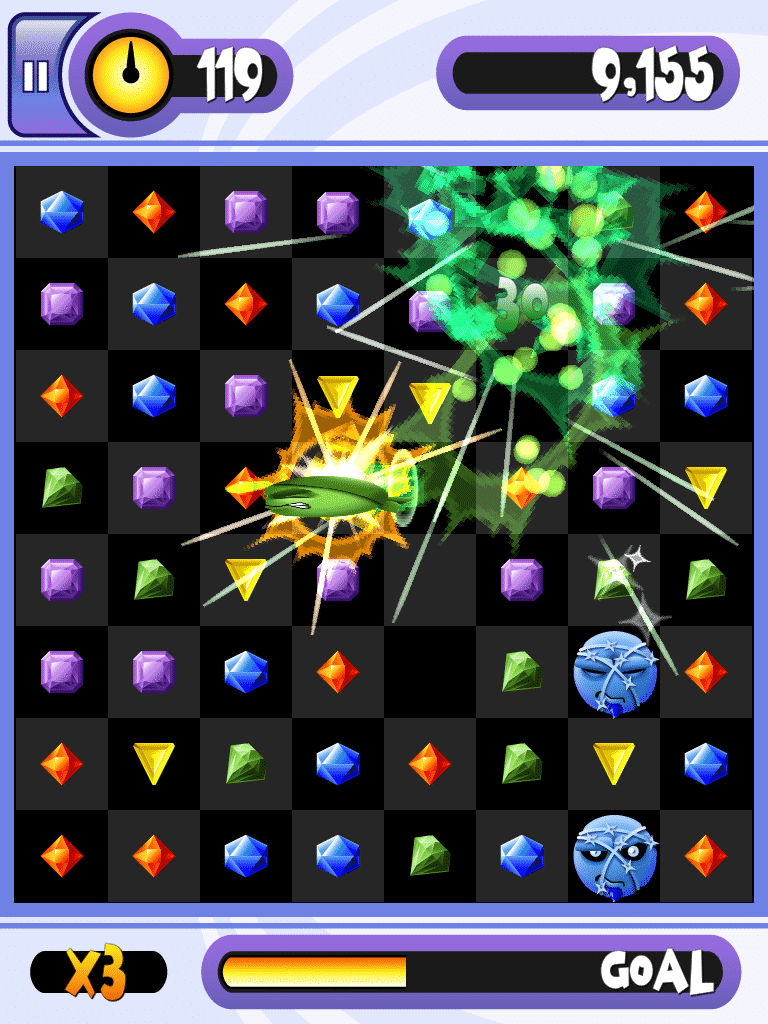 Babo Crash does offer some original twists on the formula. Chief among them: you can rotate the board by changing the orientation your iPad, resulting in a shift in gravity. Just like in Bejeweled, when jewels are linked together and disappear, new jewels fall from the top of the screen to replace them. But when you change the direction of the gravity, the new jewels can slide in from any direction you want — north, south, east, or west. 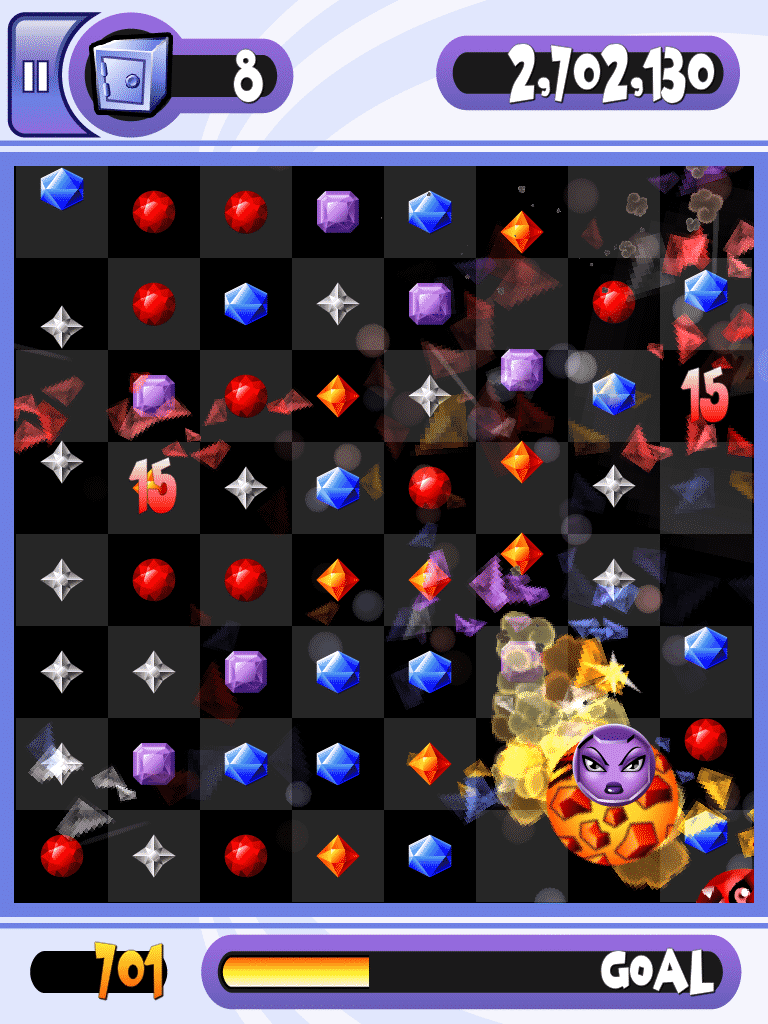 The crisp graphics manage to one-up Bejeweled by including plenty of glorious destruction in the form of explosions, fireballs, and more. PlayBrains basically built the game as a promotional companion piece to itsÂ Xbox Live Arcade game Babo Invasion, so the orb-shaped characters from that game appear here. Instead of receiving special, flashing gemstones when you link four or five jewels together, Babo Crash gives you some of its heroes or villains from the Babo universe, each with its own ability to inflict carnage across the game board. 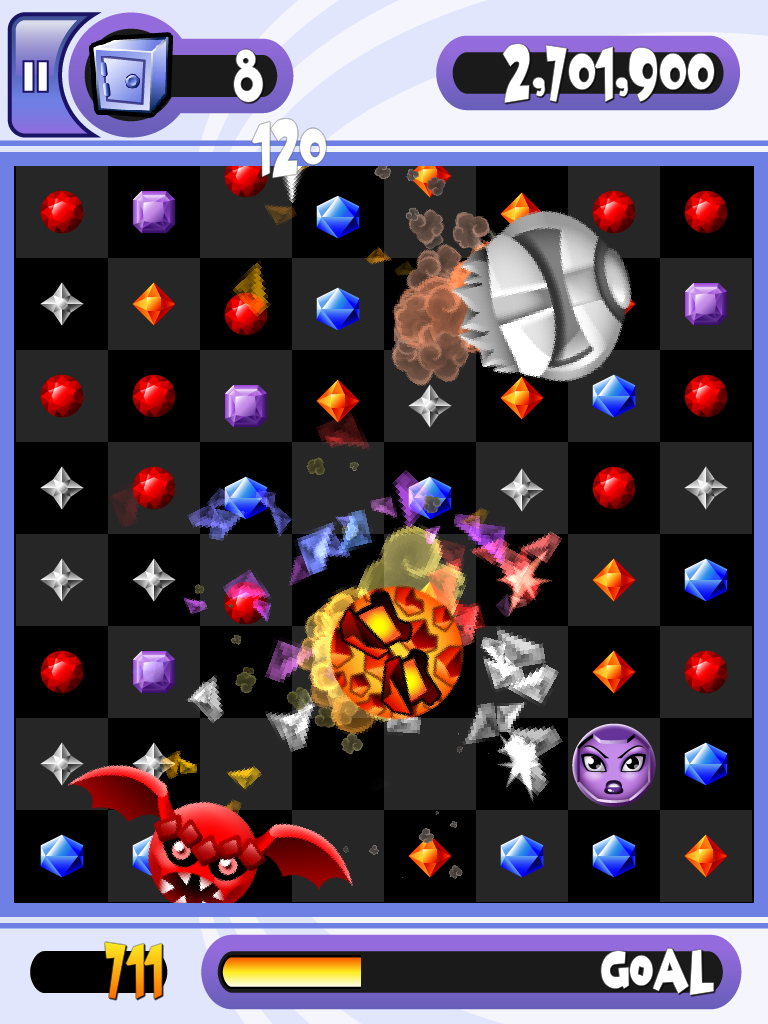 A different Babo character is created based on the color of the jewels you link together. For example, orange creates a giant fireball that rolls like a boulder across the screen; you can even control its direction by swiveling the iPad. Yellow creates a screaming little C-3PO type character that actually vomits on the game board, eliminating all of the jewels it hurls upon. It’s these cheeky details that give Babo Crash its extra oomph, literally obliterating the game board when multiple chains are linked. I imagine thatÂ Bejeweled purists might be turned off by all this rampant destruction, which often feels like it’s happening outside of the player’s influence or control. 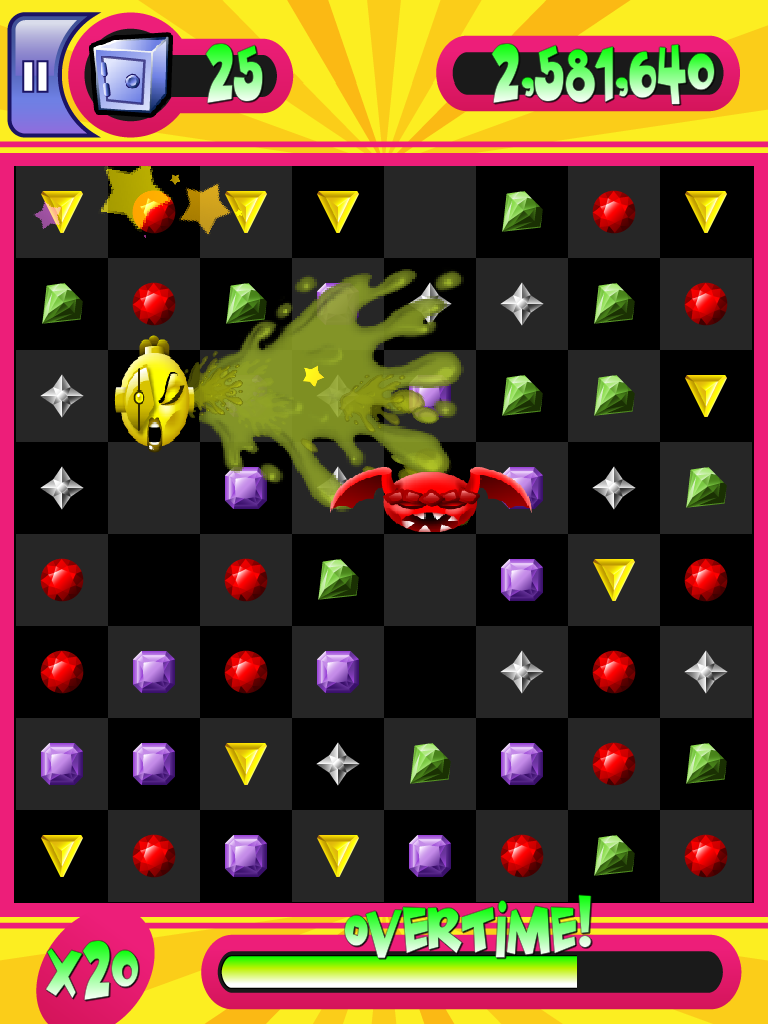 There are three modes of play: Crash pits you against the clock to defeat as many levels as possible. Relaxo lets you play without a timer breathing down your neck. And Rush is Babo Crash‘s answer to the Facebook game Bejeweled Blitz; it’s a single round of the game on a 75-second timer. Overtime is given on some levels that offer multiplied points for very brief moments of gameplay.

A solid, fun to play title with lots of replayability, if somewhat lacking in originality. But well worth its bargain $.99 price tag. 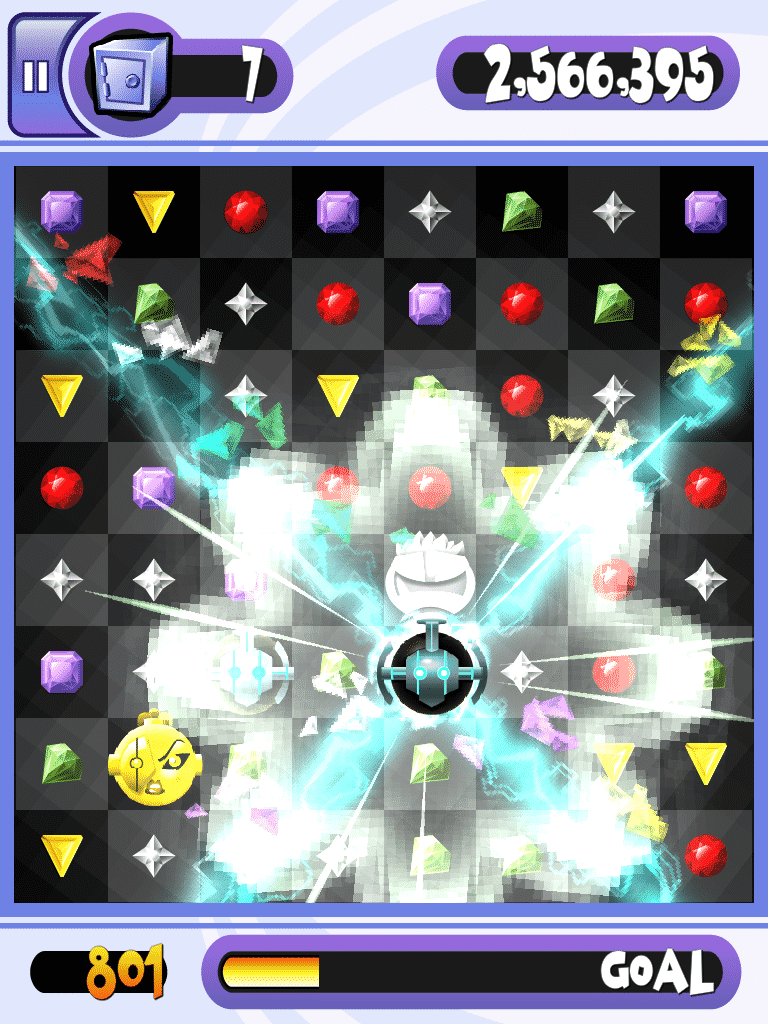