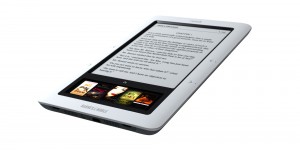 Poor Barnes & Noble. They decided that the best way to compete with Amazon and the Kindle was to release their own e-reader. Next thing you know there are delays, then talks of them not coming out by Christmas … it was bad news. Then comes the big killer, the iPad. Oh yeah, remember that thing?

I guess they’re going to just bounce back on this one, because according to Information Week, they’re coming out with an iPad app. No kidding?

Barnes & Noble plans to offer its eReader application for the Apple iPad, giving users of the upcoming tablet the option of buying digital books from an online store other than Apple’s iBook store.

The B&N software is designed specifically for the iPad, set forÂ release April 3, and will provide access to more than 1 million e-books and periodicals on the bookseller’s eBookstore, the company saidÂ in its blog. Books purchased for the Nook, B&N’s e-book reader, will also be accessible through eReader.

This has got to be a bitter pill for B&N. On one hand, it makes sense to get their e-reader out to as many people as possible, even if it’s on competing devices. On the other hand, they must’ve dumped a ton of money into this thing. And if it’s not going to sell because of technicalÂ glitchesÂ and then the iPad, well that’s gotta suck.

But for us, the consumer, this is all good news.