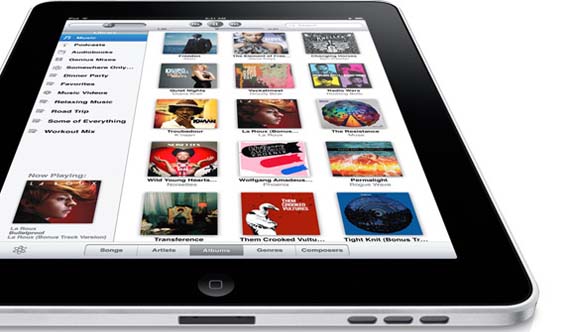 I reckon that about 75% of you readers out there know your Apple products. You’ve shopped them all out, you know what you like and you know what you want. You’re the Apple person that all your friends know. As cool as that is, the iPad is not for us.

Well, it is for us, but not just us. It’s mostly geared towards people who aren’t very computer savvy, and who get scared when it comes time to operate electronics. My old boss was that way. At 64, he didn’t like new products. Kept calling everything “that crap from Japan.” Racist? Sure. That’s why he’s my ex-boss. But regardless, he had every file he ever used on his Windows desktop, and if he needed to find it somewhere else he was screwed. He gave me an iPod because it would turn on randomly in the middle of the night. Turns out he had an alarm set and couldn’t turn it off. Guys like him will use the iPad because it gives them an easy way to answer e-mail, and an intuitive method of doing things.

But it’s still not easy to setup e-mail accounts and iTunes libraries, and Apple understands that. Information Week is reporting that if you buy your iPad at an Apple store, they’ll configure it for you for free. From the article:

Apple is promising free setup services for customers who purchase an iPad at one of its retail stores. The services includes e-mail configuration, application loading, “and more,” Apple said Monday.

The iPad is slated to be in Apple retail stores and available for online purchase starting Saturday.

In addition to setup services, the stores will offer iPad “workshops” to help users learn more about the tablet-style computing device, which combines the functions of a notebook, e-reader, and portable video and music player.

I equate this to the concept of a drug dealer giving you the first bit for free. Once you’re in, you’re hooked. And frankly, for people like my old boss, this might be the difference between making the purchase and walking away.