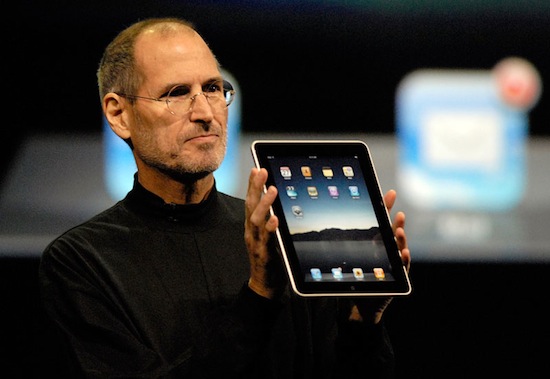 Got an iPad? Going to Israel? Well up until a couple of days ago, you would’ve had to leave your iPad at home. According to The Jerusalem Post, that ban has now been lifted. But there are questions. Here’s how it breaks down.

At first, the story was that Israel’s Communications Ministry wasn’t cool with the Wi-Fi transmitter found in the iPad because it could interfere with other signals, including those of the government. But now, the ban is lifted, and no one is quite sure why. So what’s the guess? Here’s the first idea:

Boaz Ordan, a well-known Apple enthusiast and importer in Israel, told The Jerusalem Post on Sunday that there are two schools of thought among Apple users here over the reason behind the ban.

Ordan said many are speculating that Appleâ€™s Israeli distributor iDigital, which is owned by President Shimon Peresâ€™s son, Chemi, did not want to repeat the same mistakes as happened with the Israeli launch of the iPhone.

Ordan said that Apple lists country by tier, with the US being first tier, European countries second tier, and Israel a third tier. By the time products get to Israel, they have often been available in first- and second-tier countries for some time, where they are also typically much cheaper.

So what happened with the iPhone?

In the case of the iPhone, according to Ordan, by the time the product was available through iDigital, there were already over 100,000 units in country, around 70 percent of the market.

Ordan, who said he â€œcould be iDigitalâ€™s biggest competitor in Israelâ€, said he believes that iDigital may have feared that with the long delay it takes products to reach Israel they would lose out on a significant share of the market as they did with the iPhone, when potential customers decided not to wait and found ways to get their hands on the product, either when traveling abroad or through independent importers.

Meaning that people go out and buy iPads from Europe, so they don’t buy them in country like everyone else. That costs iDigital money. Of course, there’s another option:

Either way you look at it, there could be something fishy going on here. But unless something is confirmed in the near future, all we have is speculation.