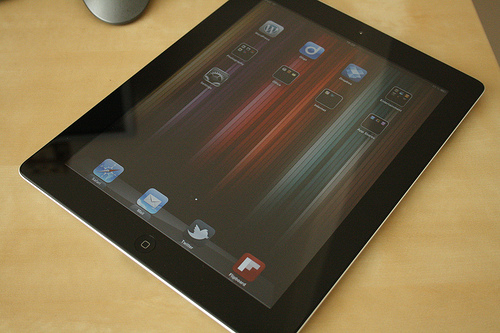 In a recent ruling, a court in Shanghai, China has decided that Apple has infringed on the trademark of Proview Technology regarding the “iPad” name. This has led the Administration for Industry & Commerce of the Xinhua District to implement a crackdown on the iPad 2, starting with Taihe Electronics City, a well known marketplace for all things electronics in Shijiazhuang.

The crackdown was immediately implemented after a letter from Proview was implemented. This has led to retailers hiding their stocks of iPads to protect it from confiscation. Official Apple Stores were not part of the raid. Reports though have indicated that consumers could still buy iPads at Taihe Electronics City by asking retailers directly for the product.

About 45 iPads were seized during the raid, and the retailers who were caught with the device were also slapped fines.

Proview Technology is a subsidiary of Taiwan based Proview International Holdings. The company has been in debt and last August 2010 its stocks were suspended from being traded at the Hong Kong Stock Exchange. The company has attempted to launch its own tablet but failed. Proview’s lawsuit against Apple is just one of 20 it has filed in various cities in China. The company is seeking to halt the sale of iPads and also collect a fine from Apple.