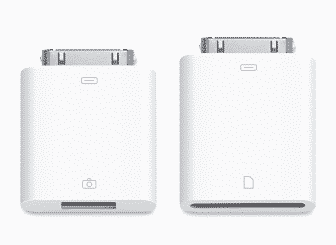 Sadly, I do not have an iPad yet. Sure, I can blame that on the delayed Wi-Fi +3G launch, but really, it’s because I just can’t justify the expense yet. I mean, I can, I just can’t really. That make sense? But then I read reports like this one, and I get pretty excited.

TidBITS recently got their hands on an iPad Camera Connection kit, and they decided to try it out on some cool USB-powered accessories. What’d they find?

The Camera Connection Kit for the iPad has a trick up its sleeve: it handles audio, too, via the USB adapter. Plug in a set of USB headphones or a headset that requires no drivers on a Mac – most use a standard audio profile – and the iPad transfers audio output or input and output.

I tested a Skype call with a USB headset, and the quality was just terrific. This make the iPad even more viable for phone calls, eliminating a requirement for a Bluetooth headset which requires separate charging and pairing.

Then there’s the keyboard option, something which Engadget and TUAW say works as well. This makes using the iPad cheaper as well, because most people already have a USB keyboard chilling in their closet somewhere, ready to use. On the downside, there’s this from tidBITS:

Other hardware, such as a USB hard drive, didn’t arouse interest on the iPad’s part. You cannot export anything out the USB jack or copy files to an SD card in the card reader adapter, either. I know you want to; Apple doesn’t let us.

Although that’s crappy, that’s not particularly surprising. The iPad doesn’t give users access to the file system, so it’s not surprising that it doesn’t recognize a USB drive. That’s not to say that someone won’t make it work, but it doesn’t as it stands today.

This is good news, and gives me yet another reason to buy an iPad. Time to pull that trigger.