Inflight Movie? Try it on the Rental iPad

by Kevin Whipps 13 years ago8 months ago
3 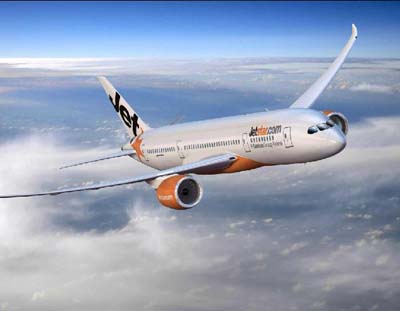 I don’t get to fly as much as I want to. One of my dream destinations is Australia, where I hope to go sometime in the next decade. Of course, I’m a very important blogger, so I don’t know if I can spare the time to hop on a plane and fly for 45 million hours, or however long it takes to get there from the US.

Once I get there though, should I have to travel anywhere else in that hemisphere, I may consider taking JetStar. That’s because according to ZDNet, they’re going to offer iPad rentals for passengers.

ZDNet Australia reports that JetStar will launch a pilot in June for its rent-an-iPad efforts. The iPads will come with movies, TV shows, e-books, games and other goodies.

JetStar plans to roll out its iPad rentals on all domestic and international flights later in 2010.

With airlines trying to snare every last dime out of fliers with additional fees, iPad rentals could be a stroke of genius. First you rent the iPad for $10. Then you charge for the Wi-Fi access at another $10.

On one hand, you can look at this as a case of the airlines always trying to stick it to you. On the other, you can say that it’s brilliant, as lots of people will rent these things out, then be able to watch whatever they want. Me, I sit in the middle of this one. I would bring my own iPad of course, but I can see this bringing more customers to Apple long term, as frequent fliers will see the advantage themselves. Sounds like a win-win to me.