I Need One Now 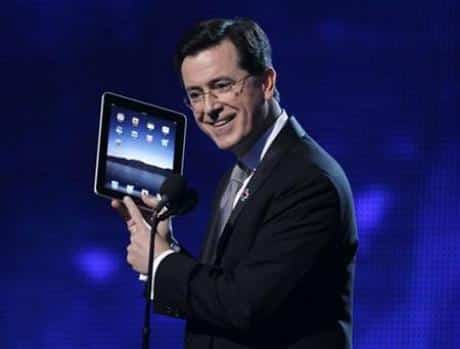 Well yesterday started off as a good day. I sold some car parts to go towards funding a truck I’m buying, and after doing some otherÂ miscellaneousÂ positive things around the office, I felt pretty good about the day. Somewhere around mid afternoon, I got an e-mail from an editor. He needed a file of mine from a year or so ago, so I went onto my Time Capsule where I store some of my files. As I’m clicking through the folders, I started noticing the beachball come up more and more often. The Time Capsule wasn’t responding, like the drive was … oh crap. The drive was failing.

Instantly I backed up anything I needed to onto another drive, frantically making sure everything was covered. It took several minutes to transfer over 3GB worth of data, and I knew I was screwed. That money I got that morning was just enough to buy an Airport Extreme and a 1TB hard drive. Time to go to the store.

Well since I was at the Apple Store, I had to play with an iPad, right? So I went over to the table and played around with the product. It felt so nice in my hands. Natural, and not as heavy as I’ve read in other reviews. I also found out that I could type on it really efficiently, but that’s because I don’t type like most people, and really only use three fingers to get the job done. Suddenly, my excuses for buying an iPad were going out the window.

I seriously considered tapping into my car fund to pre-order a 3G model, but I can’t do that yet. Maybe if I land a big client or move some other stuff in the next few weeks I’ll buy one. But now the decision has been made and it’s official – I have to have one. Now I just have to figure out how.