Get Your Kindle/Nook Now! Prices Slashed! 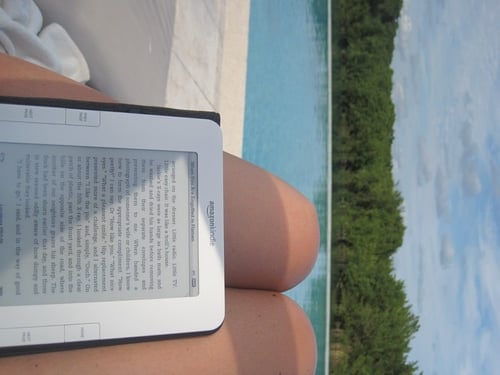 I think that both of these devices have an advantage over the iPad, which is sunny-sky viewing. It’s difficult to read a book on the beach with your iPad, but frankly,I’ve never understood the fascination of taking an expensive electronic device to a place covered with small particles that could screw up my purchase. Between Barnes & Noble and Amazon, you can find pretty much any book you want out there, but the interface just sucks. There’s nothing that makes me say “Wow!” when I look at either device. In fact, most of the time it reminds me of my old Nintendo LCD Game & Watch toys.

So what needs to happen for the Kindle and Nook to really compete with the iPad? Nothing. They need to instead embrace the fact that they’re not going to beat the iPad and slash prices even further. Once either of these sells for under $100 they’ll start really flying off of the shelves. But I don’t see that happening anytime soon. Instead, we’ll hear more and more stories about how the Nook and Kindle’s sales are slumping, and the iPad is selling more than ever. Guess it’s the end of an era – if you can call it that.