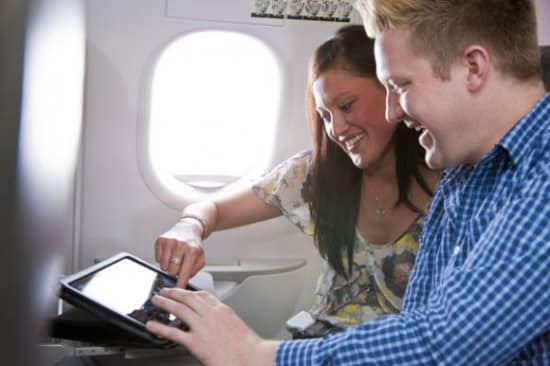 The iPad has helped revolutionize the way we look at entertainment. It is a true portable entertainment and productivity gadget – and it is something that companies are beginning to incorporate into their business.

Scoot Pte, a Singapore-based budget airline, realizes that it can further cut operational costs and also bring in-flight entertainment into the 21st century by removing the television monitors that are attached to airplane seats and replacing it with the iPad as the main vehicle for entertainment inside their planes. This radical move has resulted in a big benefit for Scoot. First, it has managed to add 40 percent more seating to its planes, while at the same time still being able decrease the total weight of the plane (with a full capacity) by seven percent. This increases its profits per flight while being able to save incrementally on fuel because of the decreased weight.

A person flying Economy can rent an iPad for about $17, which they can use for the whole duration of the flight. The iPad will come with pre-loaded movies and TV shows as well as music and games. A person who travels in Business class can use an iPad for free.

Scoot plans to install a wireless system in the future that will allow the iPad users to surf and also play internet-connected games like Words with Friends (which will be a big relief for someone like Alec Baldwin).

At this juncture, a passenger still cannot reserve an iPad during the booking process (the iPads will be requested in-flight). But the reservation through booking could be possible in the future.