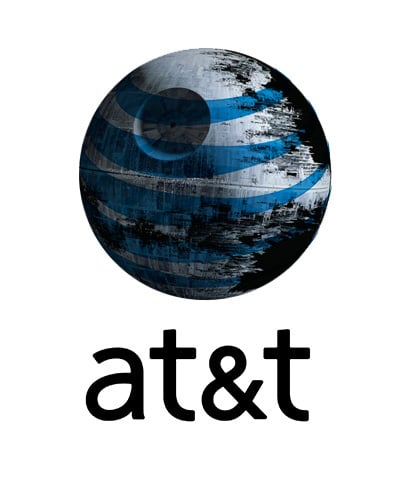 Ever have a dumb friend? Man, I’ve had a few. I new this one kid back in the day who decided that for his first tattoo he’d get a tribal flame starting at his wrist that went up to his elbow. Then the flame would be done with an American flag pattern, with some licks having stars, and some being red. Oh, but he didn’t want to spend a lot of money. $200 later, and he had a pink, crappy looking flame on his forearm, that looked spectacularly bad. He ended up spending over a grand a few years later to fix it.

AT&T reminds me of that dumb friend. They keep telling you that everything is going to be A-OK, but it isn’t. No matter what they tell me, I just never believe them. It’s all cynicism on my end, because I know that next week they’ll be telling me about their cool new tattoo, and all I’ll see is a bunny with a pancake on its head.

Which is why when I read this story on Reuters, I wasn’t particularly shocked.

While AT&T has agreed to provide wireless connections to the iPad tablet computer, Randall Stephenson (AT&T CEO – ed) said he does not expect the device to result in many new service subscriptions for AT&T as consumers will instead use Wi-Fi or prepaid services, where they do not have to sign a service contract.

“My expectation is that there’s not going to be a lot of people out there looking for another subscription,” he said during a webcast of an investor conference, adding that the device would be a mainly “Wi-Fi driven product.”

Ah. So it’s going to look like the American flag, huh?

I don’t like AT&T, I don’t like their 3G coverage. That said, I will most likely buy a 3G iPad, and I imagine a lot of other people will as well. That’s because sometimes it’s a mammoth pain in the butt to get on to a free wi-fi service, whether I’m at Einstein’s Bagels or the library. I’ll want the 3G for when I’m traveling on the road or just at a friend’s house who doesn’t have wi-fi. Sure, the extra cash isn’t awesome, but I really think that I’m going to be one of the millions with an iPad 3G.