Apparently, Everyone Bought an iPad 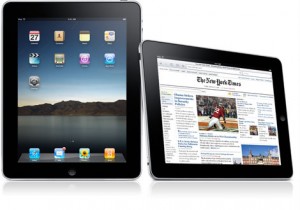 Today is iPad day, apparently. The numbers are in – and by numbers, I mean heavy estimates – and they say that a metric ton of iPads have been sold. 120,000 as per an estimate on CNN’s Fortune Brainstorm Tech. Here’s how the numbers break down:

Funny how they estimate into even thirds on what model everyone purchased, but that’s the joys of using a select group. Of course, there’s more:

“Apple has been able to generate over $75 million in revenue in one day on a product that 99.9% of purchasers haven’t touched or for that matter, even seen in person,” said Victor Castroll, an analyst with Valcent Financial Group. “And, we’re still three weeks away. That is amazing.”

Castroll was one of two AAPL Sanity members who monitored the order numbers as they flowed in, but he credits Deagol â€” a blogger-investor whose predictions of Apple’s earnings are consistently more accurate than the Street’s â€” with doing the heaving lifting. You can follow Deagol’s work atÂ Deagol’s AAPL Model.

I’m pretty skeptical about the iPad and tablets in general, but if they really have sold this many, maybe the computer market will start to shift in a tablet direction. I just can’t wait to see what people think once it’s in their hands.