by Kevin Whipps 12 years ago6 months ago 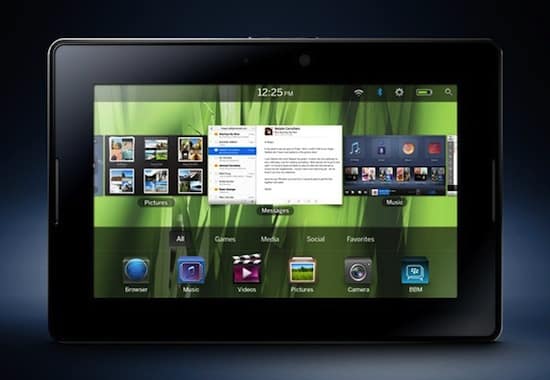 If there’s anyone out there that can knock the iPad down a peg, it’s Research in Motion. The BlackBerry line of phones – although antiquated at this point – are still super popular in the enterprise sector, and may not be going anywhere anytime soon. Well yesterday, RIM introduced their next big product, the PlayBook.

Now I could ramble on about the specs and how it compares to the iPad, but plenty of other tech sites have gone ahead and done that for me. Instead, I want to talk about the very real possibility that this could be the next big tablet.

First, there’s the inroads into enterprise. Corporations love their BlackBerries, and the Tablet is made to appeal to them. Yes, it’s got games and Flash and all that, but ultimately, this could become a powerhouse tool for a company. That’s something that the iPad is just starting to do, but isn’t quite there yet. I know our office has a pair of iPads for the salespeople, but we’re in the minority.

Second, there’s the client base. I’ve got lots of friends who wouldn’t trade their BlackBerry phone for anything, and I think this tablet will do the same. It’s not making the mistakes of the HP Slate and running a full OS, but instead it seems to be light and nimble. It’s a flexible device that could be used at home or at the office, just like the phone. Plus, it tethers to the BlackBerry, making it even more important to own both. Kinda cool.

But even with all that, the PlayBook isn’t going to beat the iPad. It’s going to be a worthy opponent – arguably more than the Slate – but it won’t dethrone the champ. Instead, IÂ foreseeÂ a three-horse contest with the iPad in first, while Android and RIM duke it out for second place. Since RIM is here first, I think they’re locked in. But it won’t dethrone the iPad in its current state because it doesn’t have the deep infrastructure of the App store, nor does it have Apple’s marketing team. Besides, Apple is a year ahead of the game and the iPad 2 will certainly kick butt in that realm as well.

Either way, it’s going to be fun to watch.