A Day Later – Reviewing the iPad and What It... 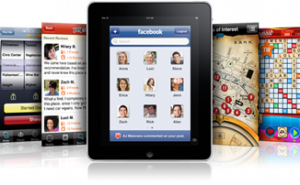 Oh, the iPad. For months, fanboys everywhere have been hoping, pining and sacrificing goats to beg Apple to finally release the Unicorn Tablet. It’s a day later and it’s out, now we just have to wait to get our hands on one. But the backlash I’ve been reading recently is pretty crazy. Here’s a few excerpts:

No camera for video conferencing? Using iPhone OS means no flash software capabilities, which means 90% of the coolest websites will not be seen correctly. Too dependent on another computer to “sync”. Should have stand-alone capabilities. Wait for version 2.

From a long-time (1981) Apple/Mac user (me): The new iPad is a great concept, but after an in depth look at it, unlike the iPod and iPhone, I (and I believe the general public at large) will not be purchasing one until MAJOR flaws and omissions are rectified.

And from our very own Jayvee:

I admit, the iPad is beautiful. Itâ€™s going to sell. Itâ€™s going to have its cult set of followers and haters but it lacks the very thing that made the iPod and iPhone beautifully successful â€” it doesnâ€™t seem to do one thing really well. Iâ€™m looking at it and Iâ€™m wondering .. how can I even hold this up? Book reading â€“ check. Browsing â€“ check. iWork â€“ check. But essentially, itâ€™s a big iPhone / iPod touch. In fact I can even reverse engineer it and say that the iPadâ€™s next generation v2 WILL BE the iPod touch.

OK, I think for this to really make sense we need to step back and really evaluate the iPad for what it is, not what we wanted it to be.

Let’s talk it over after the jump.

For some reason, everyone has their panties in a bunch because the iPad doesn’t do heavy computing duties. No video conferencing, no flash, no camera, etc. You might as well be saying that it doesn’t have Windows 7 or an Intel Chip, because you’re describing a MacBook without a keyboard, which is exactly what the Windows fanboys want in a tablet. That is not what the iPad is, and it never was going to be. It’s a bridge between the phone and the laptop, and as such, it’s not going to have all of the features of a full computer, and it’s not supposed to.

Let’s take video conferencing. I’ve got my fancy iPad at the office, and I need to do a video conference with my boss in NYC to talk about the latest project I have going. If the iPad didn’t exist, what would I use? I’d pull out my MacBook Pro and get after it. Then I could send files, pics, documents, etc, during the call and get it all done at once. Now take that same scenario and use an iPad. I have to prop it up so the camera can see me, then I have to just sit there and look at a screen to talk. I can’t pass over docs or files without my computer anyways, so what’s the point? And even if the iPad was running full-blown OSX, how am I going to hold the camera steady so the person on the other end doesn’t get vertigo while trying to drill through my folders to show a presentation? Does that make sense?

Alright, now I’m out with the family. I want to take a picture of my wife in front of a lion at the zoo, so I pull out my 9.7 X 7.6 iPad and hold it like a clipboard to take a pic? No, you wouldn’t do that because you’d look retarded. Instead, you’d pull out your phone or your regular camera and take a picture. Makes sense, right? Of course it does. That’s why the iPad doesn’t have a camera, and those are only two issues to tackle.

What I think is the problem here, is the expectations. I do really think that some people wanted it to be a MacBook Pro sans keyboard, with a magical interface that could not only run iWork, but bake cookies and clean up the dog poop at the same time. Fact is, if this device is in between two lines, then it’s not going to be one or the other, it’s going to be both. You won’t get access under the hood so you can tweak the UI. You won’t get complicated things, because this isn’t made for complicated tasks. It’s made for processes more than your iPhone can handle comfortably, and less than your MBP. Otherwise, it would cannibalize sales for both, which Apple definitely doesn’t want.

You know who I picture buying this thing? Travelers. I have to go to Texas this summer (hopefully) and on the flight, I’ll want something to do. My 15-inch MBP is a bit big to use well with no seat room and my large frame, but watching my iPhone from a few feet away can sometimes be eye straining. Give me an iPad, and I can read, watch a movie, or just listen to music while I soar in the clouds.

Who else? Grandparents. I want to give them an easy computer to use that they can figure out easily, plus give them e-mail and photos. How much easier does it get than the iPad? I can see it now: “Here Grandpa, take this iPad. Now this is the internet, here’s how you get e-mails, and you can even read books in big print to make life easier. Like that? Good, now I can e-mail you photos of my kid.” Seriously, that’s easy.

But with all that said, I just don’t know if I can justify the purchase. I couldn’t buy an iPhone on the first round for the same few reasons: Lack of hard drive space and available functions. The app store changed the latter for me and the former just came with the next generation. Next year I guarantee there will be a 128gb iPad, because the 128gb iPod Touch has been rumored for a long time now, and the chipset should become cheap enough sooner rather than later.

For me, I think I may just look at the iPad longingly, like that girl in the 7th grade that would’ve been perfect if it wasn’t for that screwed up nose. It’s not quite perfect enough for my needs, but I also know that soon the hard drive and the apps will change my mind.