You are here: Home / How-To / What to Do When Your MacBook Air Keeps Freezing 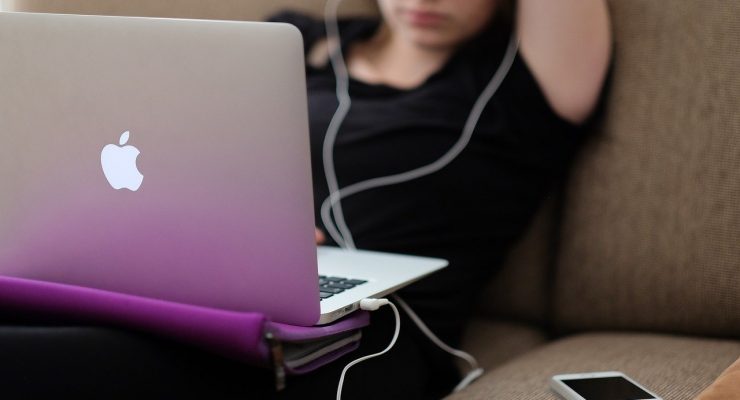 In the middle of doing a project on your MacBook Air and it just suddenly freezes? There are several possible underlying issues that might cause this to happen. If your MacBook Air is constantly freezing for some reason, here are a number of actions that you can take to resolve this issue and keep it from happening again.

If it is a particular app that keeps freezing and you can still move the cursor, force quit the unresponsive app.

Okay, so what you’re doing on your Mac suddenly freezes. Can you still move the cursor? If you can, that means that only the app you’re using is frozen. Everything else on your Mac is still responsive. Why did this happen? It can be due to the app using a lot of system resources just to process. This can include apps used for editing photos and videos, and even your browser if it has too many open tabs.

Try to click within the window of the app. Did your cursor start to spin like a pinwheel? That means the app is still loading and you might not be able to quit it yet. It can also mean that the app is still waiting for other system resources to be available so it can process again. You can either wait (for who knows how long) or you can force quit the app.

Go to the Dock and look for the app icon. Ctrl+click on it and a pop-up menu will appear. Hover the cursor on the Quit button, then press and hold the Option key. This should transform the Quit button into Force Quit. Click on the Force Quit button to end the unresponsive app.

Another way to force quit the app is to open the Force Quit Window by pressing Option+Command+Esc. From there, you’ll be able to find a list of running apps. Select the unresponsive app from the list and click on the Force Quit button. This should finally close the freezing app.

If your whole screen has frozen and you can’t even move the cursor, do a hard reboot.

Now, what if your whole screen has frozen and you can’t even move the cursor? This can sometimes also be accompanied by a loud noise coming from your Mac’s fan if you’re using an older MacBook Air. What would even cause this to happen? It can be due to the overuse of system resources or hard disk errors. Whatever the case, this problem calls for a hard reboot.

If your MacBook Air constantly freezes every so often, reset the System Management Controller (SMC).

Does the freezing happen every few hours? When it freezes, is the only solution to do a hard reboot every time? If you don’t know it yet, this isn’t normal. Your MacBook Air might actually have some SMC issues. The SMC handles the different components of your Mac, such as your battery and your keyboard. Sometimes, you might need to reset it to get everything back in place.

On the other hand, if you have a MacBook that’s 2016 or newer, which means it has a T2 chip, the process is easier. Just turn off your MacBook Air, then press and hold the Power button for 10 seconds before letting go. Wait for a few seconds, then press the Power button again to turn on your device.

Another alternative would be to reset the PRAM/NVRAM.

You can also reset the PRAM and NVRAM of your Mac, which is in charge of storing certain settings on your device. An error with either of these two can result in your MacBook Air freezing. Resetting both of them can help fix the problem and the process is just the same.

Shut down your Mac. After a few seconds, turn it on again and quickly press and hold Option+Command+P+R for 20 seconds. During this time, your device may restart, but don’t let go of the keys during the 20-second duration. Once you hear the startup sound of your Mac, you can release the keys. Alternatively, once the Apple logo has appeared and disappeared twice, you can already release the keys.

If all else fails, bring your MacBook Air to the nearest Apple Store.

If you’ve tried all these and your MacBook Air still keeps freezing, the next best thing would be to take it to your nearest Apple Store and have an expert take a look. These professionals are highly trained to properly diagnose your Mac and find the solution that only they could think of.