You are here: Home / Games / TowerMadness 2: Because There’s Always Time for Another Tower Defense Game 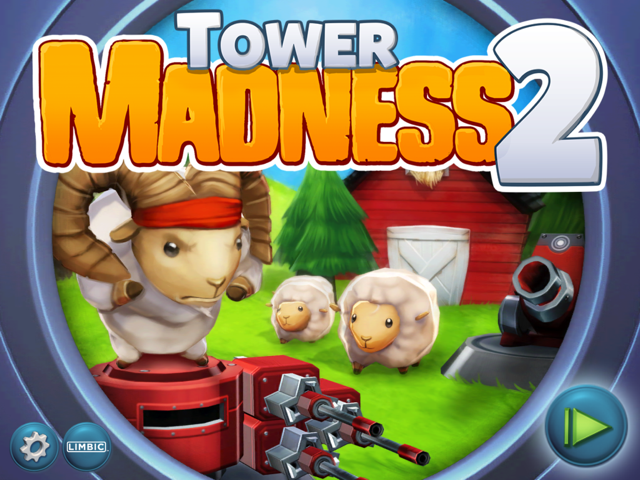 Fans of tower defense games will no doubt agree with me that there is always time for another tower defense game. Whatever version of the game, you just can’t lose with tower defense. Well, you know what I mean. Time-wise, it will kill you. Frustration-wise, it might just be the end of your sanity as well. But at the end of the day, you feel awesome when you kill off those aliens, Vikings, monsters, or whatever nature the enemy takes on. I’ve long been a fan of TowerMadness by Limbic Software, and when they released the second version of the game, purchasing it was a no brainer.

If you’ve played the first version, you will see very noticeable differences, especially with the graphics. That actually takes some getting used to, but it does not take very long. What takes more getting used to is the level of difficulty of the game.

Gameplay wise, it does not differ from most other tower defense games.

You have a field. You have something to protect – in this case, sheep. You need to choose weapons appropriately and place them in the field wisely so the enemy – aliens – gets butchered as they try to reach your keep.

The weapons in TowerMadness 2 are not all that different from the first game, albeit with a few variations. The maps, of course, are different and can be quite frustrating!

And, if you tend to like being challenged by your friends, you’ll love the fact that each map shows just how you fared against them in terms of time spent in a map – highlighted very well. This is by no means meant to be a comprehensive review of the game, because I think it’s so awesome that you should just shell out the couple of bucks it costs. But, if you want an exhaustive review, check out Touch Arcade, and no offense to them, but who cares if there’s not much innovation in the new game? It still is a loadful of fun.