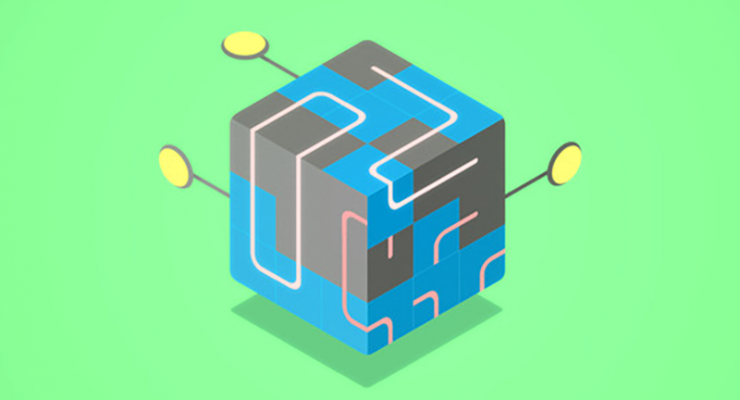 What exactly qualifies as a geometric puzzle game? Geometric puzzle games should use something about the nature of geometry in their game play, like perspective-shifting or shape-moving.  The best will also start with a simple mechanic and then progressively introduce complexity, making the game easy to learn but hard to master. Geometric puzzle games also often feature appealing visual design, thanks to their spare gameplay mechanics. Here’s ten stand-outs from the genre. 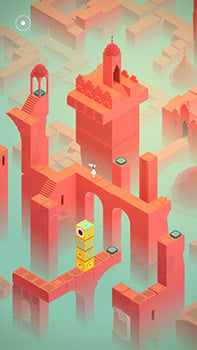 In the land of well-designed geometric puzzlers, Monument Valley reigns supreme. It’s been out for a couple years now, but no designer has topped its clever gameplay and unique visual style. And there’s even a story, which is more than you can say for most puzzle games. 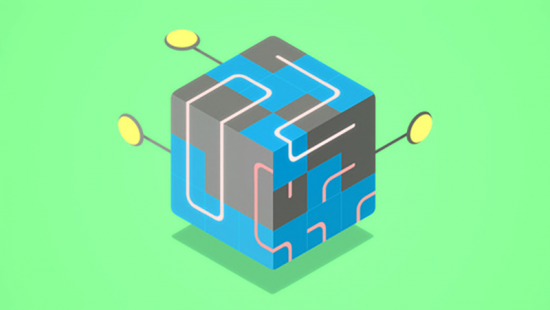 Klocki starts out with a simple concept: move pieces around a two-dimensional play area to match up colored line segments.. The game starts immediately, with no explanation of your task or how to accomplish this, but it’s easy to figure out. But before you’ve gone more than twenty levels, you’ll be working in three dimensions, with rotating pieces, sliding pieces, and more. Each new inventive new element matches the logic of the game, and keeps the game engaging even as you master simpler puzzles. Be warned though: some levels can become teeth-grindingly difficult. Klocki also recently took home a “Best of 2016” award from Apple. 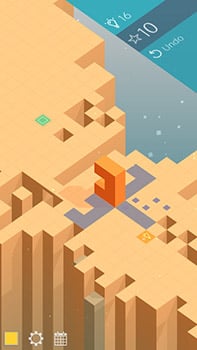 In Outfolded, you’ll roll a set of three-dimensional blocks across a track, trying to connect your starting point with your ending point in the fewest number of moves. Many puzzlers try for the meditative feel, but Outfolded nails it: there’s pleasant music, unlimited undos and no timer. Just do your best, man, though beware that some puzzles can be a little bewildering without hints. 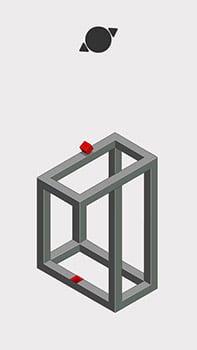 Your job in hocus is to help a small red cube realize its life-long goal of fitting in a small red box. You’ll do this by rolling it around a series of Escher-esque puzzles, using impossible geometries and perspective-shifting tricks to find the solution to each level. It seems like people use the word “mind-bending” to describe any slightly unusual experience, but the unique geometries of hocus deserve that description more than most. 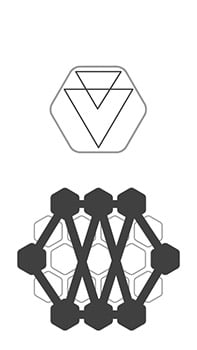 In Rop, you puzzle out different patterns using a series of interconnected hexagonal dots. A pattern is displayed above a honey-comb-shaped playing field, and you shift dots around the field to attempt to recreate the pattern. The animation for moving dots around is pleasingly elastic, and the minimalist design is appealing. 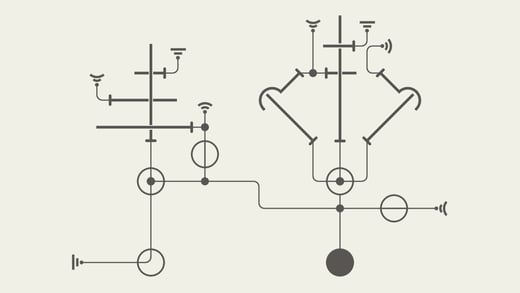 Hook comes from Maciej Targoni, the Polish developer of the above-mentioned Klocki. It uses a similar aesthetic and approach, but gameplay is a little different. Your goal is to unwind a network of interconnected lines, moving each one without disturbing any of the others. It’s not as challenging as other games on this list, and when it is tough, it’s sometimes because the level design can make it difficult to see what your next step should be. However, the difficulty curve is gentle enough and the gameplay engrossing enough that it makes a pleasant way to kill time waiting for the bus. 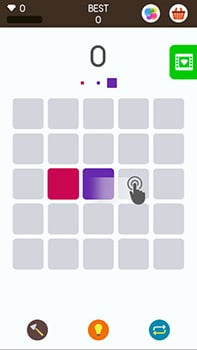 Squares is a very simple game, but I’ve sunk hours of my life into it. The player has a 25-square grid, and their job is to match squares of various colors in groups of at least three. Squares appear in random configurations, and you can place them on the board, provided they all lie in a line. At first, you’re just matching two or three colors, with two or three squares to place. Difficulty ramps up quickly as new colors are introduced and the board is clogged with unmatched tiles. Like Tetris, once you don’t have room to place new tiles, you lose. 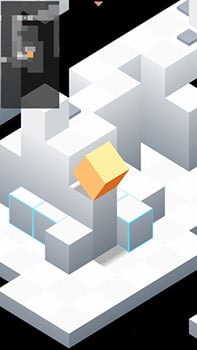 Edge is a classic geometric runner-style game. You pilot a cube across a frenetic geometric landscape lit in neon, trying to collect other cubes and reach the end of the level without falling off the edge of the maps. Players get extra points for “hanging” on the edge of the cube, which is hard to do for more than a brief moment. Controls can be a little tough at times, and the meditative tone of the above games is nowhere to be found. Each level is timed, and you’re graded based on your performance. 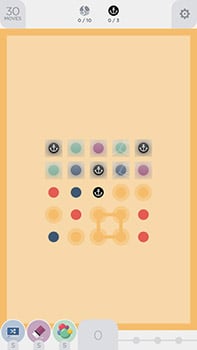 You might remember the original Dots game for the iPhone, and the massive craze it caused when released. Two Dots is the child of that boom. It takes the same addictive dot-matching gameplay and adds challenge mechanics that will be familiar to any player of Candy Crush. 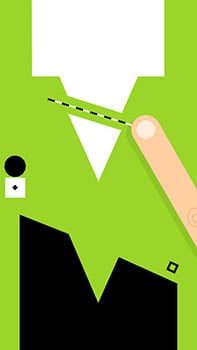 Super Sharp was one of last year’s big deals, winning a “Best of 2015” award from Apple. In this game, you’ll slice up geometric shapes to make them fall, collecting square tokens as you go. The goal is to complete the puzzle in the fewest number of slices possible. The game sets a “par” for each level, and the player is challenged to meet it.