You are here: Home / Games / Watch Super Mario 64 Played on the iPhone 6 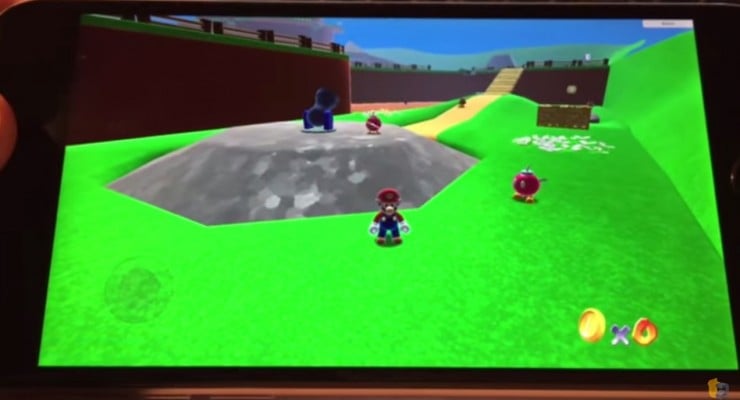 Nintendo is entering the mobile gaming market, specifically for Android and iOS, which has long been anticipated by fans of the company.

However, for fans of Super Mario 64 and old titles, it is highly unlikely that you’ll see these games on your phone for Nintendo has expressed its intent to release new titles.

There is an alternative, however, thanks to some creative minds. Erik Roystan Ross, a computer science student has created a web site where you can play the HD version of Super Mario 64. Obviously a fan of the game, Ross made it using the Unity game engine. One drawback: it’s only the first level and Ross has no plans of going any further.

Still, that’s better than nothing! You can play it here.

And here’s something even better – you can Super Mario 64 played on the iPhone 6, this time thanks to James Fietcher from Mobot. With a tweak here and there, he built on Ross’s creation to create an iPhone 6 project.

The result? He can play Super Mario 64 on the iPhone 6! Here’s how it goes.

It still is not the full version of the game, but watching it does make one see what is possible, right? However, we don’t think Nintendo is going to be happy with this, much less consider releasing the title for iOS. Or are we wrong?

Games you can actually play: 5 Great New Games for iOS You Should Download Right Now