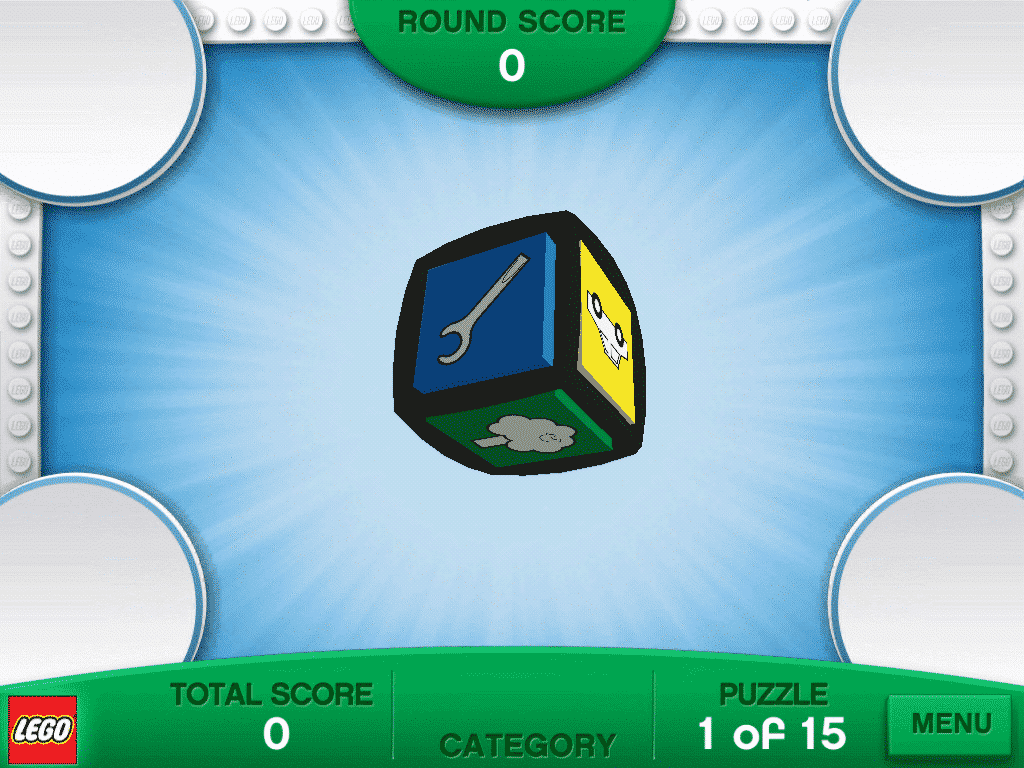 LEGO has released a clever little game for the iPad, and it’s entirely free. Based on the LEGO board game Creationary, the object is simple: while you watch as the game builds something, you have to guess what’s being built. The game gives you four possibilities to choose from, and you have to pick which one is right before the object is completely built, or you lose. The game starts with the roll of a single dice. Flick the dice across the screen and it will land, designating the category that your next object will come from. Categories include things like vehicles, buildings, animals, and more. A “2x” roll of the dice will give you the chance to win double the usual points in this hand. Four items are then shown in the four corners of the game (which only plays in landscape mode), and you have to match the items to the thing being built in the center of the screen. It’s trickier than it sounds, since the four pictures aren’t pixelated, LEGO-style; they’re cartoonish drawings, and don’t always provide a perfect match to the item being built. Frustratingly, the game seems to randomly change the colors of the LEGO bricks, causing the object being built to be a different color than the thing you’re matching it to. Like I said… tricky. The game moves fast and makes you think hard, and you always feel the ticking clock in the form of your points quickly shrinking. The longer it takes you to solve a puzzle, the more points you lose. If you can’t figure out what’s being built until it’s finished — and there’s no timer to indicate when it’s going to be complete — you lose. A single game is comprised of fifteen rounds, and getting through all fifteen is not easy, since one mistake ends your game. But it’s addictive and fun, nonetheless, and offers some fun value for no cost. On the main menu, there’s an option to share your game results on Facebook, as well as a link to videos of “LEGO Games” — which unfortunately takes you to YouTube’s mobile website, which is all but impossible to navigate on the iPad.

It could use some polish, but it’s hard to complain about a game that’s so colorful, easy to pick up & play, and offers the fun of LEGO in a free app.