You are here: Home / Games / Games Are Now Included in Apple’s Subscription Service 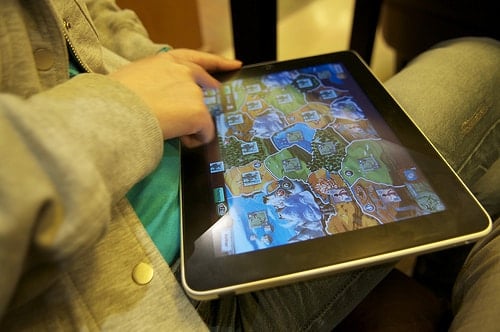 Apple knows that there is now a palpable shift in mobile gaming from traditional gaming handhelds to tablets and smartphones like the iPhone or iPad and it is now trying to take advantage of this shift to benefit not just itself but also game developers and consumers.

Apple is now offering game publishers who develop games for Apple’s products an opportunity to charge a monthly subscription fee in exchange for the privilege to check out different kinds of games. According to reports, Big Fish Games was the first game development company that signed up for Apple’s new service. The company, which is based in Seattle, is now developing a handy app that will make accessing the games more easy. It plans to charge $4.99 monthly for subscription for a person’s ability to check out different games, even paid ones without having to pay extra. The plan is to increase the subscription fee to $6.99 monthly as more games are made available to subscribers. The new game package service is similar to Apple’s subscription services for apps. In fact, even Apple’s take is similar – 30 percent of the monthly fee as its own commission.

People who get the subscription will be able to gain access to a lot of games. The good thing about the service is that it gives the person the ability to check out a game without having to actually buy the full version. They can check it out by playing the games. The games are not going to reside in the device but will be streamed to it. Another app is also being developed by Big Fish Games that limit gameplay time to just 30 minutes and will be laden with advertising.

Which version of the app do you think will be more appealing to users?