You are here: Home / Games / 5 Scary iOS Games to Gear Up for Halloween 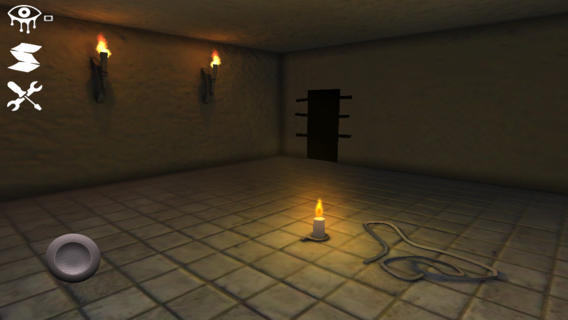 The App Store does not lack for games, but if you’re looking for something to keep you on edge – we all need that sometimes – then here are scary iOS games that will slowly (or not) ease you into the Halloween spirit.

Scary iOS games to spook you The title says it all; the second installment of the game features the old characters plus some new ones to add to the freaky factor. Parents don’t have to worry about the game as it’s kid-friendly, too.

But remember, “As always, Fazbear Entertainment is not responsible for death or dismemberment.” A game without video. Only sound. And the voice you hear is Benedict Cumberbatch’s. Now how scary can things get?

You’ve been stranded on a dying spacecraft, spiralling into a black hole. You’ll have to see with your ears, using only sound to survive all that deep space has to throw at you…

With Benedict Cumberbatch’s voice all around you. Good luck. A scary game that’s different from the others because it’s not in-your-face horror. It’s a subtly thrilling ride – or walk – through the woods that will give you the chills as you go along. It’s also accompanied by a free app that shares the Swedish folklore which inspires the game. There’s something about lakes and creepy things that go well together. This game’s story:

Reports of unusual sightings at Indigo Lake are commonplace but recently a spate of suicides has triggered an investigation by paranormal specialists. Your good friend Dr Everett was sent to the lake to find out the truth behind the recent activity but he has failed to report in. It is now your task to find him and put to rest any supernatural activity for good.

Sounds good for a scary night of gaming, doesn’t it? “They told you it would be easy. Just break-in, grab all the stuff and get back to the door. They didn’t know that house was not empty. And those creepy eyes on the wall.. You know she’s coming for you, don’t you?”

Watch out for more scary iOS games – we’re on the hunt.