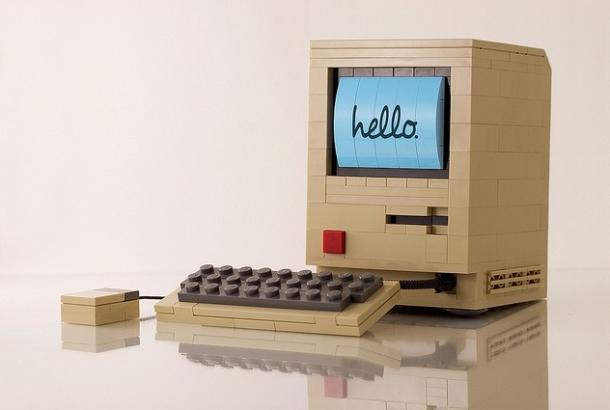 Anything LEGO tends to make my day brighter, but this recent discovery is hard to beat. Chris McVeigh is a author, illustrator, and photographer based out of Halifax, NS. And he loves engaging in LEGO builds. I guess we can call him an AFOL.

He has some pretty eye catching LEGO creations in his web site, but I think this vintage Mac in LEGO takes the cake. According to CNET, this particular Apple LEGO creation was made in commemoration of the 29th anniversary of the release of the original Apple Macintosh in January 1984 by none other than Steve Jobs. McVeigh does not take his creations lightly, and he makes use of technology to model his builds – Lego Digital Designer in particular. His reason for this?

The advantage of starting off a project digitally is that I can play around with thousands of bricks without actually having them sitting out in front of me, which can be a problem when you have as many bricks as I do,” says McVeigh, who gets his bricks from stores or online retailers. “But that said, I always seem to need bricks that I don’t have with each new build.”

The vintage Mac is not his only Apple LEGO creation. Want an iPad in LEGO bricks? He’s got one for you. We can’t leave out the iconic iPod, can we? Doesn’t that make you miss the classic iPod? (Maybe just a little bit. The nano is really convenient!)

And last, but definitely not the least of the lot, is the LEGO iMac. There is no doubt about it – McVeigh’s creations are enjoyable, and even better, they can serve as inspiration to other AFOLs out there. Now, if you prefer to just see LEGO creations and not make them yourself, go ask McVeigh. He’s open to taking on challenges, I think.

On a similar note, if you want to see more of Apple-related LEGO creations, check out Apple Stores Remade in LEGO.