You are here: Home / Feature / Cashing In on Steve Jobs’ Legacy 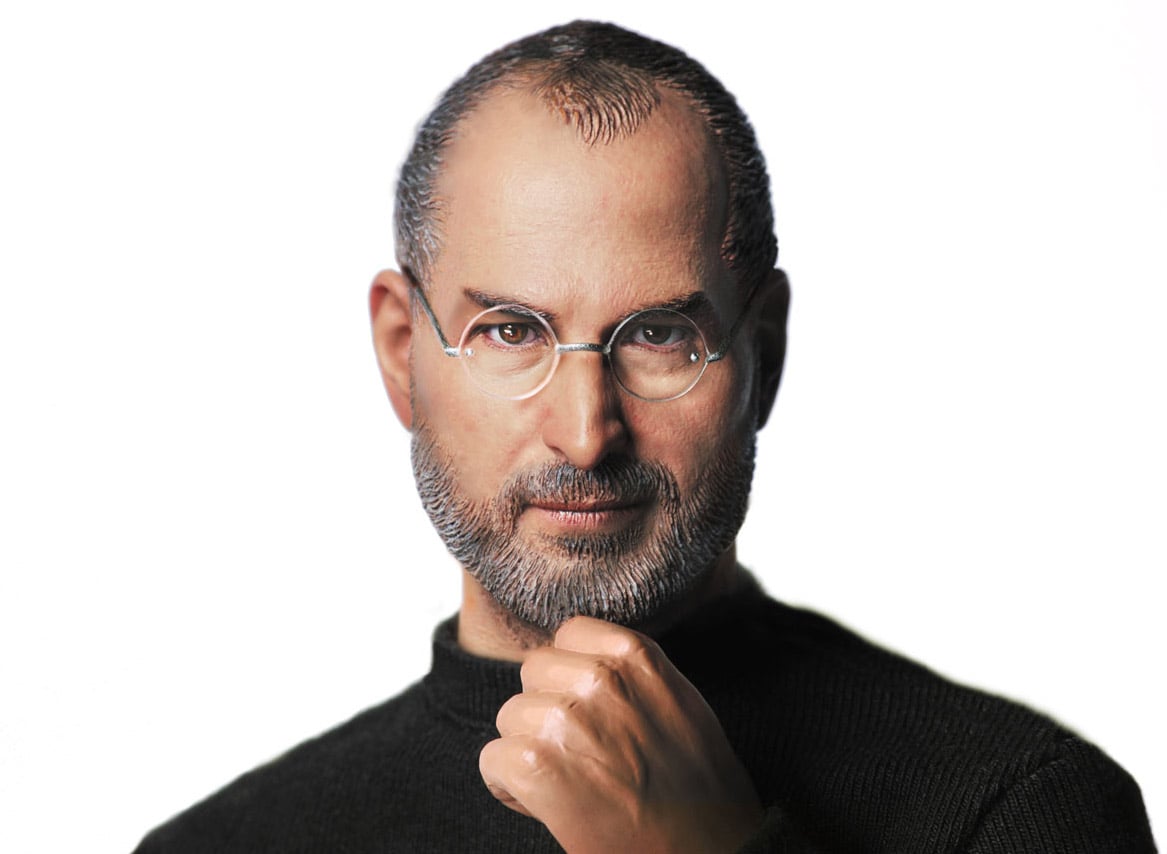 Steve Jobs doll by In Icons

A company called In Icons made headlines this week by announcing their freakishly-realistic Steve Jobs figurine/doll, which is set to go on sale in February. Is this a loving tribute to a man who changed the world? Or a dishonorable product that preys on the public’s fascination with the recently-deceased?

Isn’t it too soon for this? We’re talking about a man who only died a few months ago, and already people are profiting from his visage. Somehow it makes me think of those movies where deceased stars or public figures are digitally inserted; sometimes it’s long after their death, sometimes it’s while they’re still alive. (Like Marlon Brando’s digitized appearance in Superman Returns. Or remember President Clinton’s cameo in the movie Contact? He was still in office at the time!) Using a real person — be it a recording or a facsimile — for your own ends, without permission, is a very, very grey area. Now to be clear, In Icons does not have permission from the Jobs family (or even Apple) to immortalize Jobs’ appearance as a product for sale. But the legalities of using a dead person as intellectual property, and who owns or gives permission for such use, are murky at best.

To be fair, DiD Corporation of Hong Kong, which will distribute the doll (for $99.99 a pop, plus shipping), makes its living by selling realistic figurines based on famous figures — both real and fictional, from the past and the present. Among their other products are President Obama, Tiger Woods, and Tom Hanks’ character from Saving Private Ryan. And playing Devil’s advocate here… Nobody has a problem with the production of an Albert Einstein doll. Einstein was another real-life human being who is still celebrated for how his unique intelligence changed the world. On the other hand, Einstein died over 56 years ago.

The doll does look like it’s very well made. A lot of time and care had to have gone into replicating Jobs’ features for the figurine, because its resemblance is uncanny — leaps and bounds better than the majority of “toys” out there based on real people or even fictional characters. You can’t accuse In Icons of cutting corners in its design. The doll will sell for $99.99.

The legal questions are for the lawyers to sort out. (Apple’s legal team is said to see the miniature iPhone and Apple II that come with the doll as an inroads to a lawsuit that could stop the doll’s production. Jobs’ family is also seriously considering legal action.)

But we, the fans and consumers, must each consider and decide the morals of it for ourselves. You already know what I think (see above, re: “icky”). Where do you stand?