You are here: Home / Feature / 6 Things Apple Did Not Invent 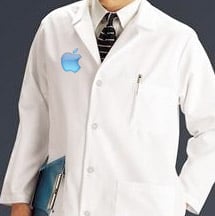 Apple receives — and deserves — a lot of respect. They’re absolutely incredible innovators… But were they really the first to envision, manufacture, or sell many of the tech products we take for granted today?

An Apple-loathing friend told me over the weekend that my favorite tech company “ripped off” loads of other tech companies with all of their most popular products. He said they weren’t really the “first” to market with much of anything. I was riled, and certain he was wrong. So I did some digging. Much to my surprise… it turns out, he was right.

That’s not to say that Apple doesn’t deserve its accolades. Where Apple’s many competitors preoccupy themselves with function, Apple is equally concerned with form. Other companies have never put much emphasis on the user experience, Apple’s approach to everything it does is to design software and hardware with the user in mind. The competition may have gotten there first in many cases, but Apple refined and perfected the entire product class.

There’s a reason every tech company in the world follows Apple’s lead, rushing new products to market to compete with Apple’s latest and greatest products. But as my friend pointed out… We shouldn’t assign more credit to Cupertino than they deserve.

Who was first: Depending on who you talk to and who you believe, there are several claims to the throne of the “first personal computer.” There were “microcomputers,” BASIC computers, even computers that came in kits that you had to assemble yourself. My research indicates that the Micral N, from French company R2E was the earliest commercial, non-kit PC to be based on a microprocessor. It was used in niche markets for “process control,” but was never intended for public use. 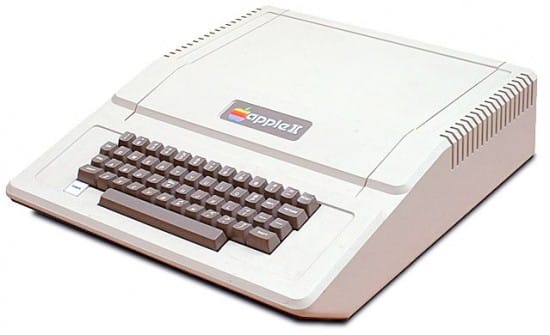 What Apple did: Most historians seem to agree that the Apple II was the first truly successful personal computer to be mass produced, though some will argue that the Commodore PET, which preceded the Apple II by five months. Sales figures are hard to come by for the Commodore PET, but they don’t appear to be anywhere close to the Apple II’s cumulative sales, which topped out at six million before it was discontinued in 1993. 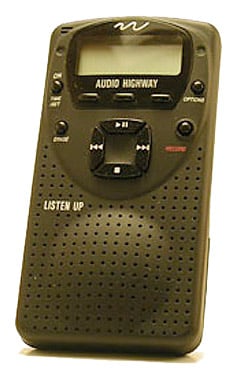 Who was first: A company called Audio Highway was the first to manufacture a portable digital music player. Dubbed the “Listen Up” player, it hit the market in September of 1997, but Audio Highway never mass produced them, making only 25 units. The first digital music player to be mass produced was the “MPMan” player by South Korean company Saehan Information Systems. It became available in April 1998, but it could only hold about six songs. Several other companies subsequently introduced digital music devices, including Diamond, Compaq, Creative, and more. Apple’s first-generation iPod didn’t come along until 2001. 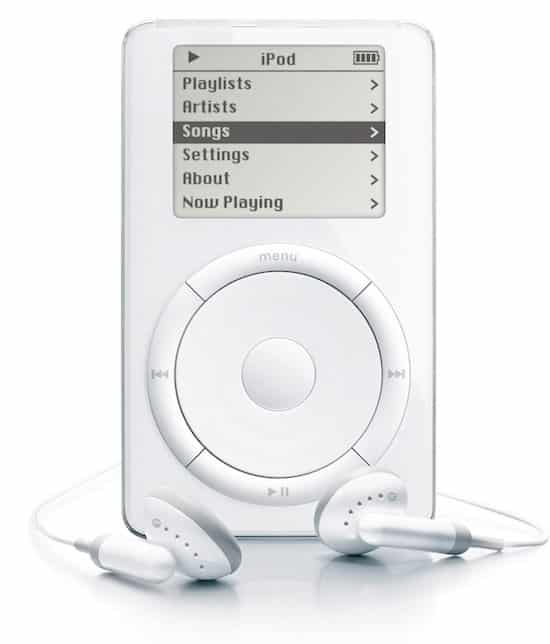 What Apple did: Apple created a product that was significantly smaller and sleeker than its competitors, with a minimalistic user interface that encapsulated the company’s design philosophy for the next decade and beyond. The “click wheel,” in true Apple fashion, made navigating one’s music collection easy and even fun. (It could be argued that the click wheel was a precursor to the modern touchscreen interface.) Once iTunes came along, Apple became the first company to have an integrated ecosystem for both purchasing digital media and then easily transferring that media to a dedicated device. The iPod became such an enormous success that its name is now synonymous with an entire product class. 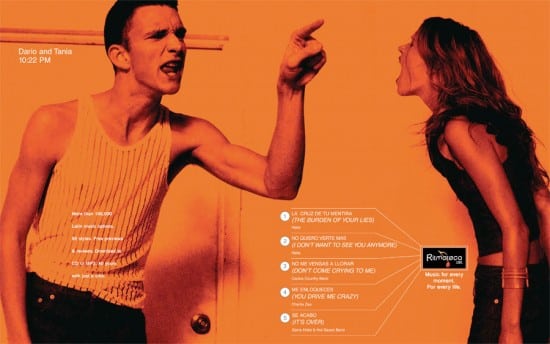 Who was first: It’s easy to assume that iTunes was the first online music store because it was such an enormous success. But the first true online music store was Ritmoteca.com, which debuted in 1998. Although it initially specialized primarily in Latin music, it eventually grew to encompass a much larger library of music, with a catalog of more than 300,000 songs. Ritmoteca.com lays claim to a number of firsts — all of which Apple would later use in iTunes. Among them: it organized songs by album; it sold individual songs for $.99 and full albums for $9.99; it offered 30-second preview clips; it allowed customers to download songs and burn them onto a CD; and it was the first to sign distribution deals with major music distributors like BMG, Sony, Universal, and Warner. It’s also remembered for being the first online store to utilize a GUI (graphical user interface) for browsing and purchasing digital media files. Sadly, Ritmoteca.com was hit hard by the dotcom bubble crash and the rise of Napster. It closed in 2005. 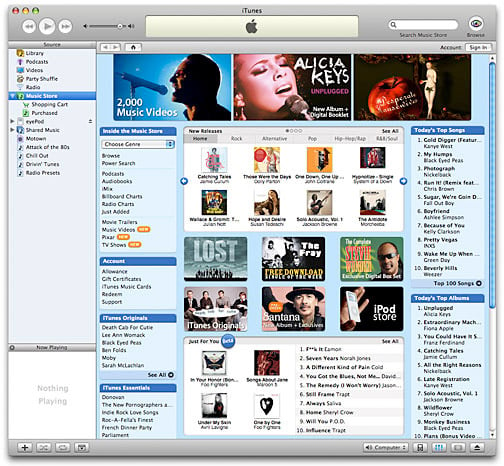 What Apple did: As with most of its products, Apple may not have been the first to market with its digital media store, but Apple was the first one to get it right. After Ritmoteca.com, all of the major music publishers attempted to create their own digital media stores, but every one ended in disaster — mostly due to DRM issues and outrageously high prices (Sony famously priced singles on its store at a whopping $3.50 per song!). And then came Napster. We all know what happened next: the music biz panicked in the face of “file-sharing” downloads that went around them and cost nothing, Napster was sued out the wazoo and forced to shut down, and music lovers were left without a reliable source of music downloads. Until iTunes came along. Initially it was available only to Mac users, but Apple wisely opened it to Windows users as well just five months after launch, and the rest is history. Steve Jobs told the world in one of his signature keynote moments that it turns out that most people really do want to pay for and download songs legally — they’d just been waiting on someone to make it possible. As he often did, Jobs saw the future before anyone else did, and seized the moment. Apple became the world’s leading music vendor in 2010, iTunes changed the entire music industry forever, and the success of the powerhouse combo of iPod and iTunes transformed “Apple Computers” into “Apple, Inc.” 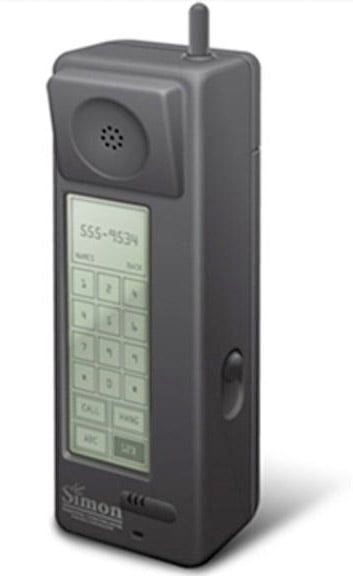 Who was first: The word “smartphone” was coined in 1997 to describe a concept phone by Ericsson called the GS88, but the first true smartphone came four years earlier. IBM’s Simon, released in 1993, was the world’s first real smartphone, running not only mobile phone technology but also an address book, calendar, calculator, email client, fax, games, note pad, and world clock. Remarkably, it also featured a touchscreen, albeit a primitive one by today’s standards. 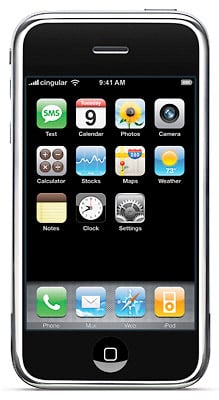 What Apple did: After Simon, other companies like Palm, Nokia, and RIM got into the smartphone game. In 2007, the first iPhone debuted, and it rocked the world with its huge touchscreen, sexy steel-and-glass design, and all-in-one features (it also incorporated the ability to listen to music, watch videos, etc.). It was the first smartphone to use a multi-touch display, bringing loads of innovations along with it that still influence handheld devices of all kinds. When the App Store arrived a year later, it marked the first time that apps could be purchased from and installed directly onto a handheld device without the need to sync with a computer. Android devices hit the market about a year after the iPhone, and instantly the two smartphones became the leading contenders for the smartphone throne — and bitter rivals. (The debate rages on about whether Android or iOS came first; it’s difficult to say because their earliest “drawing board” origins date back to around the same time in 2003.) But the iPhone’s arrival was the magic moment that Apple had been waiting for since its birth, a convergence of everything that makes Apple stand out — its design philosophy, its innovation, Jobs’ uncanny knack for predicting the future, and more — in a single device. It inspired fan devotion on levels that Apple had long desired but never been able to achieve. Put simply, the iPhone was the first consumer gadget outside of a video game console to cause wrap-around-the-block lines of customers to wait hours or even days on end because they were so eager to get their hands on it. 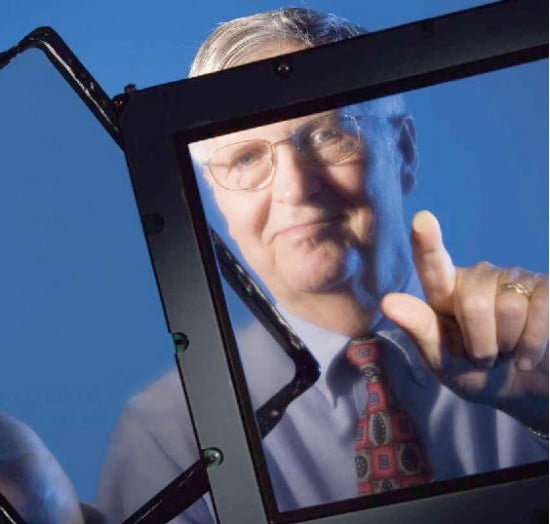 Who was first: Touch-sensitive screens have become a fairly common part of our everyday lives. Apple certainly deserves its share of the credit for leveraging them as a feasible user interface, but would you believe the first touchscreen was created all the way back in 1965. An inventor named G. Samuel Hurst created the first touchscreen and published his work in 1967. It was never manufactured for consumers. The first touchscreen consumer device worth mentioning was the Nintendo DS game console in 2004. But even that device’s screen was rather old-school, as it could only sense a single point of contact. Multitouch arrived early in the 21st Centur in the form of table-sized devices like Microsoft’s Surface. 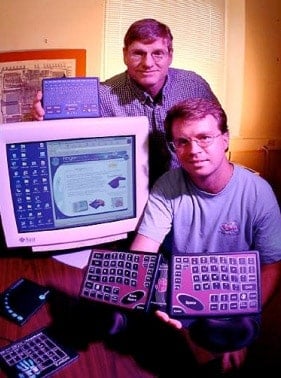 What Apple did: One of the great modern pioneers of multitouch technologies was a company named Fingerworks, founded in 1998. They manufactured multitouch input devices like keyboards and “gesture pads.” Probably sensing the potential in blending multitouch technology and display screens, Steve Jobs had Apple purchase Fingerworks in 2005. The first product to come out of this innovation was the original iPhone. Apple has gone on to make multitouch displays a cornerstone of its “post-PC” devices. By the way… Seven years after that acquisition, the two men who founded Fingerworks are still senior engineers at Apple. 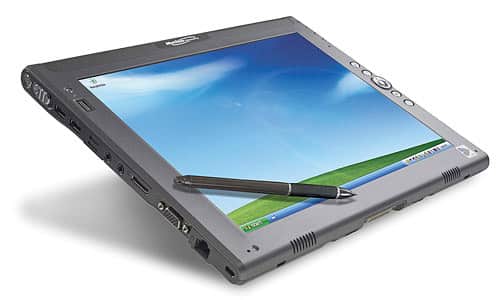 Who was first: Apple’s old rival, Microsoft, was the first company to mass produce a tablet computer, with its Microsoft Tablet PC back in 2002. This new class of product ran a specialized version of Windows XP, sometimes converted between a laptop and a tablet with a swiveling screen, and always came with a stylus. Try as they might to lead the tablet revolution, Microsoft’s tablets never caught on outside of niche markets like hospital workers or designers. 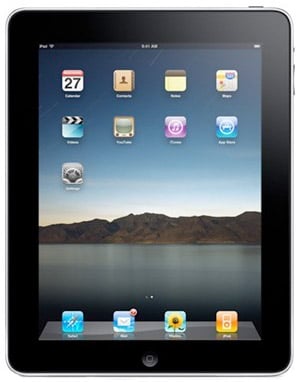 What Apple did: Apple learned a lot from Microsoft’s mistakes, and basically succeeded in every area where Microsoft failed. The Windows devices were focused mainly on content creation, where the iPad is largely dedicated to content consumption. Apple ditched the stylus, doggedly in favor of finger input (though styluses can be purchased from third-party vendors). These two factors put the focus on intuitive human interaction; manipulating virtual objects on Apple’s touchscreen was just like interacting with objects in real life. This simplicity, elegance, and ease-of-use (Apple doesn’t ship the iPad with a user manual, because “you already know how to use it”) made for a far more appealing device. Sweetening the deal was the iPad’s price; it started at just $499, a drastically lower price point than Microsoft’s expensive tablets. In the end, using an iPad literally felt like playing with technology from the future. Microsoft’s tablets may have been decent tools, but Apple’s were more like cool toys. But that was only the beginning. In the last year or so, the public has embraced the iPads as a real productivity device, implementing them in offices, hospitals, schools, and much more.