You are here: Home / AppleTV / This Apple TV Concept Combines Beauty and Function 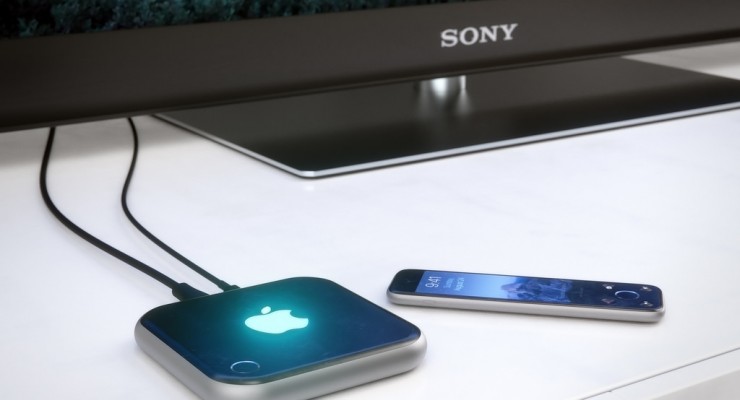 Everyone’s waiting in eager anticipation of Apple’s event tomorrow. Left and right, we hear and read predictions and what to expect. One of the major products we’re looking forward to is the Apple TV. We expect that the new set would come with a remote that can be used as a game controller, as the Apple TV is supposed to function as a console as well.

But that’s all conjecture (though it probably will be right), and we don’t really know what the Apple TV will look like.

Enter artist Martin Hajek (tagline: Visualizing the future in 3D one rendering at a time), who has created an Apple TV concept which is quite pleasing to look at. The functionalities are nothing to sniff at as well.

Here is the box and the remote set, which isn’t too alien a design one would expect from Apple, actually. And here’s how the remote would function as a game controller – with the buttons at the back. While I like the minimalistic look, there is something about this that bothers me but I can’t put a finger on it. Maybe you can help me out with that?

In any case, here is a shot comparing Apple TVs. Not that definitely emphasizes which looks better.

What do you think of this Apple TV concept?

Is this anything like what we’re going to see tomorrow?

Designer Jumps the Gun With this iPhone 8 Concept Video