You are here: Home / AppleTV / The Top Five Most Anticipated Apple Devices in 2017 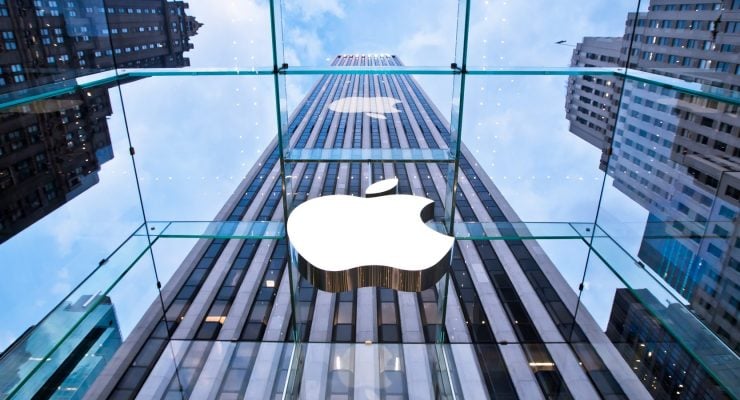 In the recent years, Apple has continued to spearhead global technology trends from the top. IPhones are among the best smartphones on the market, iPads are dominating the tablet world, and MacBooks have cemented their place firmly in the computing scene.

2016 was particularly intriguing for the tech giant. A new, smaller version of the 12.9-inch iPad Pro was released to acclaim from both critics and customers. Moreover, the now exceedingly popular iPhone SE hit the shelves, bringing back the 4-inch form factor we all loved in the iPhone 5S, but packing current high-end hardware. The MacBook Pro line received a huge update, the Apple Watch Series 2 was unveiled, and, although subtle, the design changes that came with the iPhone 7 stirred things up significantly.

So, what does this year hold for Apple? Nothing is certain yet, but going by recent rumors and preliminary reports, it seems like we’re set for a big year.

Below are the top five Apple releases we can’t wait for this year. The overwhelming anticipation surrounding the upcoming iPhone 8 is primarily attributed to this year being the 10th anniversary of the iPhone. To commemorate ten years of greatness, the smartphone is expected to come with bold and dramatic revamps.

For starters, Apple is supposedly working to remove the traditional Home button to allow for a bezel-less display. As for Touch ID, reports suggest the scanner will be embedded on the screen.

Internally, the iPhone 8 will very likely be powered by the A11 Fusion, Apple’s next-generation 10-nanometer chip, which will be smaller than the current 16nm processors, but faster and more power-efficient.

Other groundbreaking features said to be coming with the iPhone 8 are additional biometrics like facial recognition and iris scanning.

Rumors are also insinuating that Apple could replace the LCD panels that have appeared in previous devices with flexible OLED displays. But although OLED seems right, the idea of a flexible screen is much less probable. Regardless, if even half the reports are accurate, the iPhone 8 could be an excellent way to mark a decade of greatness. Apple has kept its smartphone line fairly consistent for some time, but the same can hardly be said about iPads. At this moment, we have a confusing lineup involving three sub-brands – the iPad Air, the iPad Mini and the iPad Pro – all with their respective variants. It, therefore, makes sense that the company hasn’t updated the Air and the Mini, for a while.

While little is known about the Air, however, there’s considerable speculation implying an upcoming iPad Mini, presumably the iPad Mini 5. Like its predecessors, the new iPad will likely feature a 7.9-inch Retina display. Some experts are even going further to predict the use of a foldable OLED screen as well as a bump to 4K resolution.

We expect Apple to unveil the iPad Mini 5 at its annual Spring event, which means it’ll be too early to pack the upcoming A11 chip. Instead, the current A10X will power the small tablet.

No one seems to think that Apple will make any significant design changes to the new iPad, but it’s said to be lighter and thinner, thanks to new battery technology. It’s the smaller features that will supposedly steal the show, however, such as 3D Touch, waterproofing, fast charging, full Apple Pay support, and iOS 10 out of the box.

It’s also likely to come with “smart connectors” on the left-hand edge to connect to an external keyboard case. If there’s any iPad model that has received enough attention, it’s the iPad Pro. Both the 12.9-inch iPad and the smaller 9.7-inch variant tablets have done well in the enterprise and campus sectors, amid fierce competition from the overly successful Microsoft Surface Pro 4.

Anticipation is, therefore, brewing over an update to the two Pro models this year. The latest reports suggest a drastic remodeling of the product layout to feature a 12.9-inch iPad Pro 2, a new 10.5-inch iPad Pro, and another low-cost 9.7-inch tablet, which Apple will call The iPad.

The two larger iPads will seemingly feature 4K OLED displays, the A10X processor, 3D Touch, and iOS 10. The lower-cost 9.7-inch version, on the other hand, will be powered by the older A9 chip and will sport a lower resolution screen.

Apple is undoubtedly thinking hard about its next move regarding the iPad. Although we’ll see some variants get dropped in place for others, the iPad Pro seems to be here to stay. Despite fierce competition from their Windows counterparts, Apple’s MacBook lineup has continued to dominate a huge share of the laptop market. Last year saw a drastic remodel of Apple’s MacBook Pro line that gave rise to ultra-thin and light laptops, with powerful hardware and remarkable battery life that appears to have broken previous online sales records. In 2017, however, we’re not expecting much to change with the Pro, especially now that it’s been updated to feature Intel’s latest Kaby Lake processors. Instead, our eyes are focused on the 12-inch Retina MacBook.

The third iteration of the MacBook is set for release this spring, and already, the rumors are running wild. Some reports are even suggesting that the upcoming ultrabook could feature a “Force Touch Keyboard,” whose keys will stimulate presses with haptic feedback instead of physically sinking into the laptop. Apparently, this dramatic leap is blamed on Apple’s vision of making it the thinnest notebook in the world. Besides the iPhone, 2017 marks the 10th anniversary of the Apple TV. Consequently, fans are interested to see how Apple could celebrate the occasion.

Whether we’ll see an update to the little black box is still a mystery, as there have only been a few credible reports regarding any new developments in Cupertino. Nevertheless, it’s a bit of an eyebrow raiser that Apple chose 2016’s WWDC event to announce software updates in tvOS. If the company has something big in the pipeline, this is the year to unveil it.

These are the top five most anticipated Apple gadgets in 2017. There’s no telling for sure whether all of them will be unveiled, but we’re holding on to dear faith that they make it into the market sometime during the year.

Worth mentioning, however, are products attracting considerable excitement but whose release is rather unlikely this year, such as a new Mac Pro Workstation, the iPhone SE 2, a new iMac and an actual television.

Furthermore, if you’re still gunning for the Apple car, it’s time to calm down. According to industry chatter, we won’t see it on the roads until 2020.