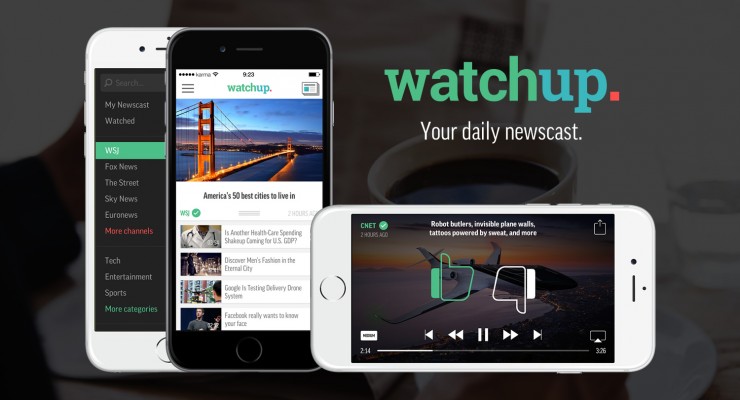 Watch up, dude? (Yeah, I deserve a facepalm for that.)

Seriously, that’s the name of a new Apple TV app that is targeted at users who can’t get enough of the news.

In an exclusive report by Variety, it is revealed that Watchup is a startup that delivers “personalized newscasts from Watchup, a startup that aggregates content from 160 partners including CNN, Fox News Channel, CBS News and Tribune Media.”

Adriano Farano, founder and CEO of the startup, says “Personalization is the future of TV news, and Watchup for Apple TV fulfills that promise with custom made newscasts, a seamless user experience and an unparalleled breadth of content. It’s the best selection of video news on Apple TV.”

Somehow that sounds familiar, doesn’t it?

With “Internet overwhelm”, personalization has become the buzzword of buzzwords when it comes to content. In fact, the startup founders labels likens Watchup to Pandora in that the former allows users to generate specialized newscasts depending on the topics they select, like, and/or dislike.

WatchupÂ has been available forÂ iOS and Android, Amazon Fire TV, Microsoft Xbox 360 and Nintendo Wii U for a while and with the new Apple TV news app, it’s user base just might get a boost. How big a boost, we don’t know.

Here’s the promo ad for Watchup for Apple TV.

If you’re looking for other Apple TV apps, we’ve got you covered: 4 Must-Have Apps for Apple TV