You are here: Home / AppleTV / Hey Apple, Add These Services to Apple TV! 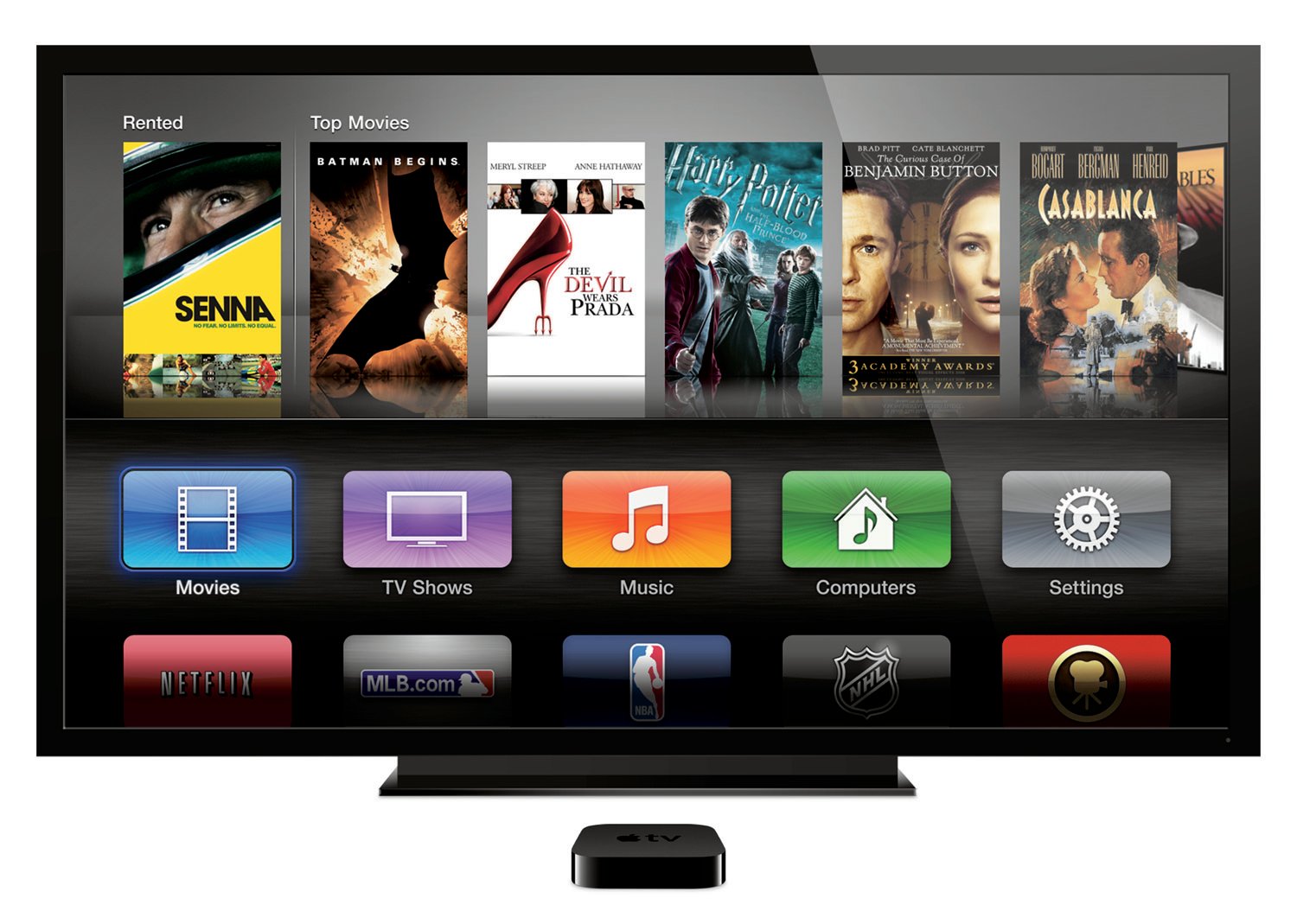 Apple’s done a nice job of adding more and more streaming media services to Apple TV since its inception in 2007. But we want more. Here are 7 services we want on our Apple TVs, stat.

Flickr is on Apple TV; you can’t add photos of course, but you can search them and view your feed of friends’ photos. These functions make Instagram a no-brainer. How cool would it be to see your Instagram feed on your TV as a never-ending slideshow? Don’t get me wrong: Apple TV isn’t suitable for every social network. (Who wants to Tweet or post a Facebook status update from their TV?) But a visual-centric service like Instagram seems like a perfect fit.

2. Spotify (or Pandora or Rdio)

Streaming online services are the future of music. iTunes isn’t going anywhere; there will always be an audience for owning songs and albums. But with the library of available music growing on Spotify, it’s time for the hot music service to come to Apple TV. Most cable and satellite providers already provide dozens of music stations alongside their programming lineups, so it’s not like radio-on-TV is a far-fetched idea or anything. I like Spotify because it lets you create your own playlists song-by-song, but Pandora and Rdio have plenty to offer as well. Any or all of them would be welcome ATV additions.

Your mom’s favorite social network just keeps growing in popularity. If it’s good enough for Flickr (and Instagram, see above), why not Pinterest feeds, too? It’s every bit as visual.

Snicker all you want at those “gift movies” your friends are always sending you on Facebook — most of which you have no desire to watch, much less own — but Flixster has a gi-normous library. They also provide “Ultraviolet” digital copies in the cloud for customers who purchase Blu-ray discs of their favorite movies. There’s already a web app and an iOS app through which you can manage your collection or watch anything you want. An Apple TV app would greatly extend Flixster’s usefulness.

SoundCloud is like Twitter for sounds. Everything from music to sound effects to podcasts — if it’s audible (and not protected by copyright), it’s fair game at SoundCloud. Musicians love to use it to get feedback on tracks in progress or to give away free MP3s, so if you dig deep enough, it’s quite the treasure trove of fantastic sounds. Plus, it’s got that cool visualizer thing that shows the strength of the sound waves as a track plays. That would look pretty cool on the big flatscreen. And it’d be a lot easier to play cool finds for your friends if you could do it from the TV instead of your laptop.

TED has been around for a longer time than most people realize, and their video archive of Talks goes way back. It’s all freely available — not to mention highly enlightening — content you can watch online or through their iOS app. Bringing TED to Apple TV would be especially useful for classrooms.

I’ll never understand why DeviantArt doesn’t get more buzz than it does. I adore it for it’s incredible wealth of content, which includes everything from paintings to animation to CGI art to sculptures to photography and much more. Sure, there’s plenty of junk too, but it’s got plenty of truly impressive stuff for everyone, and the rate at which new pieces are added is utterly staggering. A huge number of professionals post their work on DeviantArt regularly, and I for one would love to be able to view and follow their work on my TV.