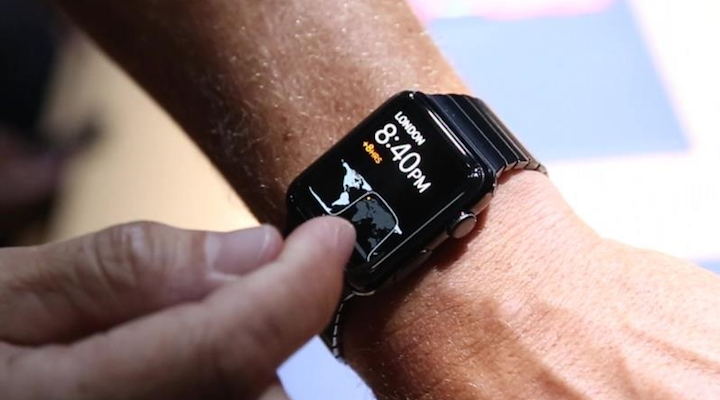 There is no denying that the Apple Watch has had a dramatic impact on the daily lives of early adopters. Not only does it conveniently put notifications, emails, and text messages right on our wrists, it is also is a great fitness tracker, a wonderful way to navigate around town, and is a solid speakerphone. It even acts as a remote control for your Apple TV. But the wearable device may be at its best when traveling, which is when some of its feature truly start to shine.

Since purchasing my Apple Watch last month, I’ve had the opportunity to travel with it on several occasions. This has given me the chance to evaluate just how well it performs while out on the road. During that time, I discovered that a number of the Watch’s core features really are very handy to have with you when navigating airports, driving rentals cars, and staying in hotels.

For instance, one of the features I love those most is Apple Watch’s ability to mirror any items in Passbook on the iPhone that it is tethered to. This includes boarding passes for flights. The Watch’s high-definition Retina screen can display those passes, which can in turn be scanned both at security and at airline checkpoints. That means you don’t even have to take your phone out to board the plane anymore.

If that wasn’t enough, the Apple Watch will also automatically alert you to any changes in your flight status, including delays or gate changes. This is super convenient when rushing through an airport, and is something that any frequent traveler can appreciate. Heck, some of the airlines will even let you check in directly from the App. But that’s just the tip of the iceberg. The Watch is also incredibly useful immediately arriving at your destination too. That’s when it will automatically update the time to reflect your current location, which is a simple feature, but a much appreciated one none the less.

Speaking of time, the Apple Watch also has its own world clock app built right in, which is great for keeping track of the current times in various locations across the globe. But it is especially helpful in reminding us what time it is back home, and whether or not it is a good time to call.

Upon reaching your destination the Watch’s abilities to help you navigate certainly take center stage. For those that haven’t used an Apple Watch in this capacity before, the device will alert you when you have to make a turn or are approaching a specific location by tapping you gently on the wrist using the Taptic Engine. The screen will also light up and display pertinent information at the same time. It truly is a great way to find your way around a new city, allowing you to easily locate important attractions, or find places to grab something to eat or drink. Much like newer models of the iPhone, the Apple Watch is compatible with Apple Pay as well. The service is a great way to buy gas, food, and other items while traveling, as it is much more secure than using a credit or debit card. That means you don’t have to worry about fraud while making purchases, which brings a nice piece of mind.

Even the Watch’s ability to quickly and easily swamp out bands is a nice feature to have when traveling. If you’re doing something that involves physical activity, the sport band will probably come in handy. But later in the day, when its time for dinner and a night out on the town, switching to one of the more formal bands gives the device a completely different look. This makes it the one watch for all of your needs, and eliminates the need to carry multiple timepieces for different occasions on the trip.

As if all of this built-in functionality isn’t enough, Apple Watch apps extend its ability to make travel even easier. For instance, the Uber app allows you to call for a driver, and will even give you a tap to let you know they’ve arrived. Prefer to take public transportation instead? Install the Citymapper app instead. The TripAdvisor app can provide suggestions on where to go and what to do, while the OpenTable app will remind you of when and where you have reservations.

There are even hotel apps that will allow you to check into your room without ever going to the front desk, with the Apple Watch serving as the key. I haven’t had a chance to try one of these places just yet, but I can only imagine how nice that must be.

While the Apple Watch is indeed a great travel companion, it isn’t without its challenges. For instance, while its battery life is quite good, you’ll still need to charge the device every day. That isn’t too much of a hassle however, although it does entail bringing yet another cable with you on your trip, and trying to find an outlet to charge your iPhone, Watch, and other items too.

Also, the Apple Watch is at its best when it has a data connection to feed it notifications, updates, and text messages. If you’re visiting a foreign country you might not want to spring for a data plan for your iPhone, thus limiting the usefulness of the Watch in the process. Keep in mind however, that your iPhone and Apple Watch will work great with a Wi-Fi network, which can help negate this issue to a degree. Aside from those two quibbles, I can honestly say that Apple’s latest product is one of the best devices I’ve had with me on any trip. If you haven’t had a chance to travel with your Apple Watch just yet, than you’re in for a real treat.

And if you are a frequent traveler who doesn’t own one just yet, than you’re simply missing out.