You are here: Home / Apple Watch / Gear Up for Fallout 4 With a Pip-Boy Apple Watch 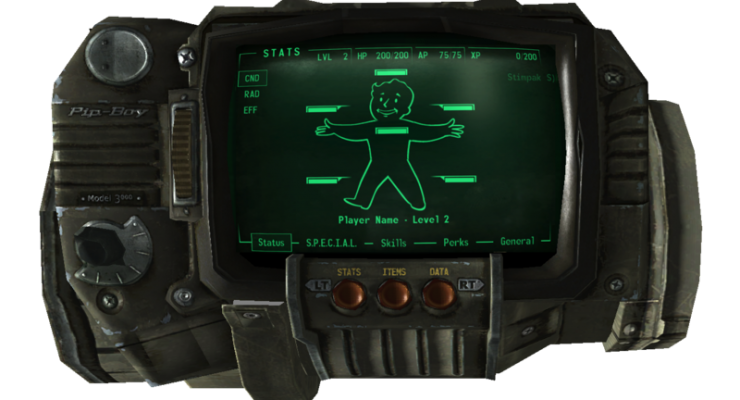 With less than a week to go, gamers are practically falling off the edge of their seats for the release of Fallout 4. If you’re one of them, and you have an Apple Watch, it’s your lucky day.

The Internet has done it again. You can now have a Pip-Boy Apple Watch.

The RobCo Pip-Boy (Personal Information Processor) is an electronic device manufactured by RobCo Industries. It uses ultra-modern super-deluxe resolution graphics, which coupled with its capability to store large amounts of information and transfer data to and from holodisks and from data tubes make it the obvious choice for the wandering explorer, the out-on-his-own newbie or the all-around survivalist expert. – Fallout Wiki

THAT combined with the power of the Apple Watch will make sure you’re a kickass wandering explorer.

How did the Pip-Boy Apple Watch come about?

Well, it’s not exactly the Pip-Boy you find in the games, but it’s cool enough.

You can thank Twitter user Neven Mrgan for this Apple Watch face.

The office Slack mentioned a Pip-Boy watch face would be neat, so here you go, Internet! https://t.co/qbzsFPrxnn pic.twitter.com/VKjOdb5rFr

Thanks to watchOS 2, Apple Watch owners can change Watch faces to suit their fancy. What better face to use as Fallout 4 comes ever nearer? Here’s a closer look.