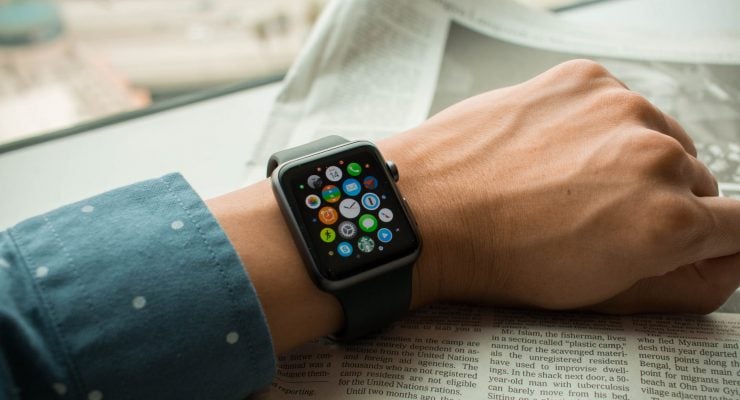 When is it coming out?

Everybody is pretty curious about when we’ll actually see the Apple Watch 2. Mac junkies were hoping for the piece to be revealed at the Woldwide Developer’s Conference but that obviously didn’t happen (and we’re still upset about not getting a new Macbook Pro). More likely, we’ll see the release of the second generation Apple watch in the fall around the same time that the company unveils the iPhone 7.

What Should We Expect?

I think, and this is only my own little bit of input, that Apple should come out with two watches in their second generation. They’re losing a lot of people to the FitBit, or rather, the market for “fitness watches” that has been created revolves around the FitBit. If they want to pull some of those users away and get them to make the switch then they’re going to have to come out with a sleeker version of the watch. The current Apple watch isn’t bulky but when I’m working out I simply don’t want to wear a watch. Apple needs to come out with a version of the watch that doesn’t feel like a watch, in the same way that the FitBit doesn’t feel like a watch. They’ve released the “Watch Sport” so they’re clearly aware that the FitBit is pulling their customers. But a sleeker version could also be a lot cheaper and would pull in people that don’t want to fork over the big money for the watch. Sort of the same thing they did with the iPhone 5c.

The Apple Watch 2, or as it’s being called, the Apple Watch S is definitely going to get some new software updates. DigiTimes put out a short article, they said that chips and parts for the new watch are being shipped and that the orders have been significantly higher than expected. It’s common knowledge that the sales for the first generation of Apple watch were much less than the company hoped.

There will almost certainly be a front-facing camera in the next generation of the watch so that people will be able to FaceTime from the watch. There are also reports that there will be stronger batteries in the Apple Watch S. The battery in the current model is ample but tends to die off pretty quickly if there are a lot of apps running on the device at the same time.

In short we’re hoping for a more customization in the watch and I think that we certainly can expect that, especially after what we heard from the Apple guys at WWDC 2016. We’re also hoping for a few different models of the watch and that’s also rather likely, Apple has to expand just a little bit if they’re going to keep their market.

Apple Watch Feeling A Little Stale? Dress It Up With These Great Apple Watch Bands

A Week Without My Apple Watch