You are here: Home / Apple Store / Is This Texas Store a Bad Apple? 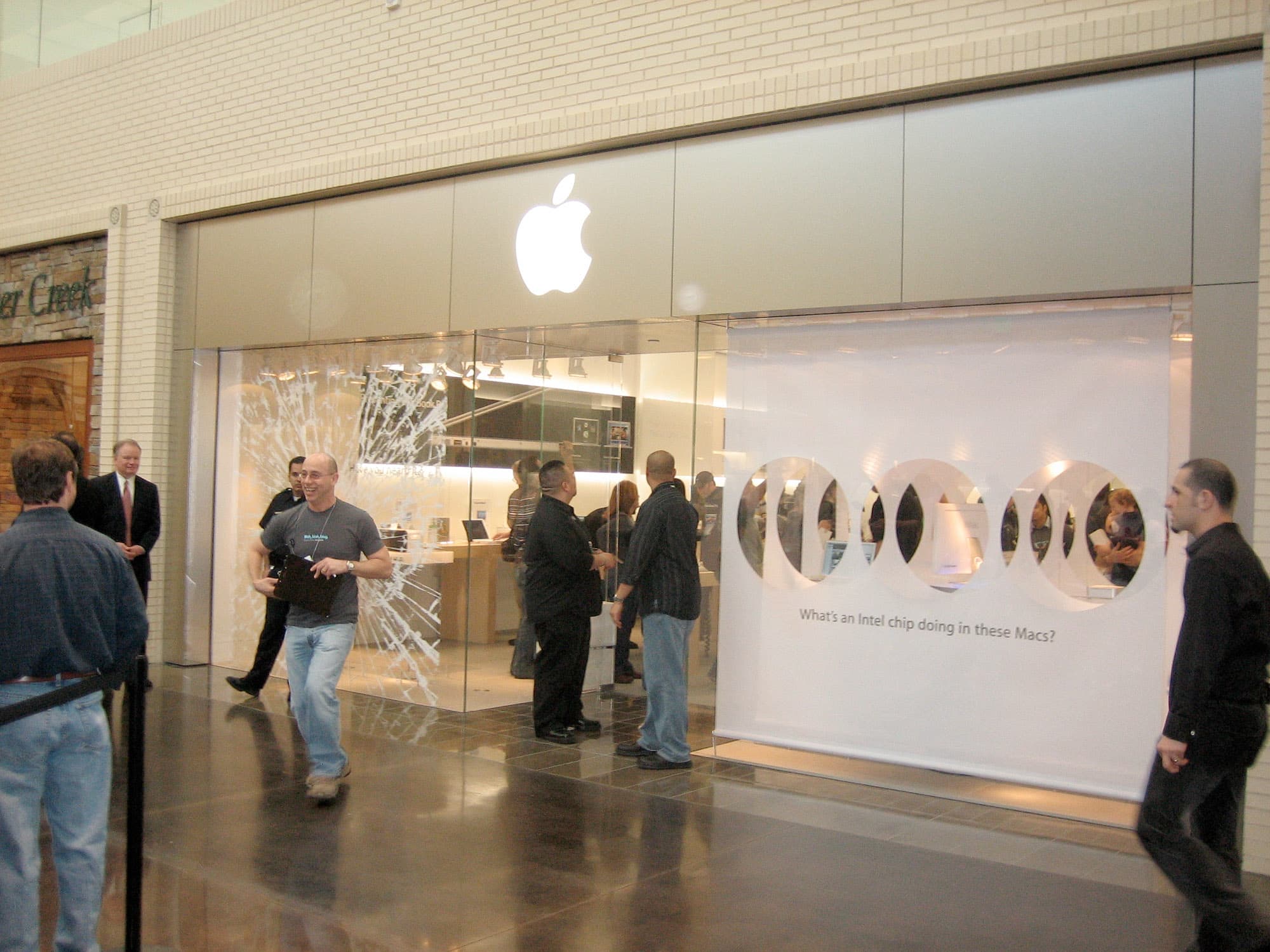 The 2006 Grand Opening of the NorthPark Center Apple Store, in 2006. (Photo by Scott Hughes)

NorthPark Center in Dallas Texas is home to what was once “the most corrupt Apple Store in America,” according to a scathing exposé by Gizmodo and confirmed by The Dallas Morning News. Could it be true?

Gizmodo’s extensive article, which you can read here in its entirety, is built on the claims of two former employees of “a busy Southwestern Store,” which the Morning News later confirmed as the NorthPark Center. The two employees, who requested anonymity for obvious reasons, allege that employees of the store, as well as one notorious regional manager, engaged in all sorts of outrageous behavior, including the destruction of Apple products and gross abuse of power.

The described activities include: The Genius Bar at the NorthPark Center Apple Store, circa 2006. (Photo by Scott Hughes)

Two important things I want to point out. One: this is entirely based on the claims of two anonymous tipsters that can’t be corroborated (though The Dallas Morning News backed up Gizmodo’s article with some anonymous sources of their own, while claiming that some of what was in the original report was exaggerated). At least one blogger has already cried fowl, and there are no doubt others out there thinking the same thing. And two: if Gizmodo’s report of “Evil Genius” behavior is accurate, then it’s the exception, not the rule. There’s no way this is status quo at every Apple Store around the world. Apple’s corporate oversight is said to have been significantly strengthened in the last few years, and the activities reported by Gizmodo’s anonymous sources admit that everything they describe happened years ago, before Apple cracked down on employee behavior.

But here’s a provocative thought… Is it possible Apple HQ found out about these activities at the NorthPark store? Might they have enacted their major retail changes because of NorthPark? The regional manager who abused her position was fired because she was found out, so Apple corporate knew at least that much.

Apple hasn’t responded to Gizmodo’s article yet, but unless this story is proven false, they won’t be able to stay silent forever.