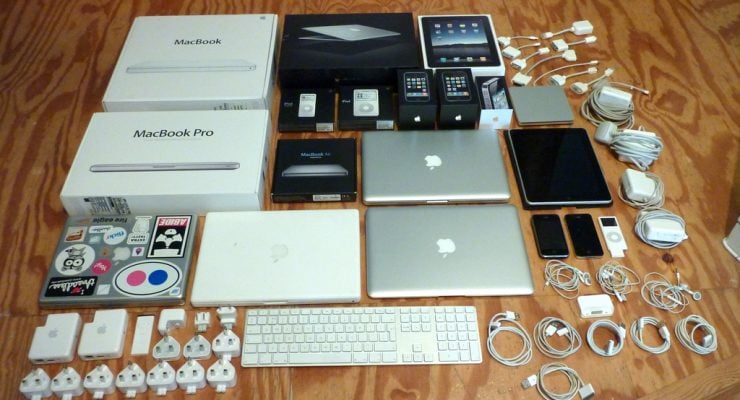 Even though I’m an Apple addict and I’ve completely bought into the Apple lifestyle, I still can’t afford to buy my gear from Apple stores or from their website. I’m afraid that I’m still a little too poor for spending top dollar on gear, or even paying the full price for gear. And that’s why I’ve turned to third-party sites for buying Apple products. While you’re probably going to pay less at somewhere like Best Buy, Staples and the other major box stores, the third party sites are the best move.

Some of the sites offer refurbished equipment or even new products for a great discount. And each site has a little niche that you learn, there are some that are for bidding and some that you want to hang around near until that perfect price comes up. MacMall is one of the better third-party sites for buying Apple products, they have a weekly deal that is usually pretty good and they’re cheaper than the Apple store across the board. They also have a great reputation for getting you what you paid for and they’re a big enough outlet that they’re trusted. Amazon is obviously the top-dog in terms of third-party sites to buy Apple products. They give you deals from a bunch of different websites and they verify the buyers. That’s probably the most important thing to pay attention to when you’re shopping on Amazon or surfing any of the third-party sites for buying Apple products. If you’re buying from somebody who has a good rating then you’re going to be fine, but I’d be careful about buying from somebody with any less than four stars.

PowerMax is a website/company out of Oregon that has some pretty good deals. The site itself is kind of hard to navigate so I wouldn’t suggest heading over there if you’re just browsing. I bought a carrying case for my MacBook Air from PowerMax yesterday in their “bargain basement” section. But I also knew exactly what I wanted. They’ve got a good reputation and are great if you’re looking for a first computer for your kid or a powerful Mac for the house (do people still have desktop computers). MacOfAllTrades has a long history as a site that has both bought and sold a lot of products and as such they’re one of the better places to shop. They have killer weekly deals that blow out pretty much everything on the market. They also have a warranty on their products and are accredited by the Better Business Bureau. In short, it’s definitely worth looking here before you hit pay on any other site.

Overstock is probably not the first site that you would have thought to go to for Apple products but they actually have a lot of good gear on their site. It’s certainly not the best site in terms of the overall inventory but they have some great stuff. It’s probably one the sites that you want to hit a few weeks before you absolutely need that new laptop and keep checking in as you get closer. Maybe what you’re looking for will pop up. MacConnection is one of the better sites in terms of numbers, there are a ton of products on the site. Anything you want you can find there. The only unfortunate thing about the site is that they don’t have the best prices. They (like a lot of sites) make a big deal about being an authorized Apple dealer but then again so is the Wal-Mart down the road.

If you’re not in Asia then I would be very, very careful buying from any of the websites overseas, regardless of how legitimate they may appear. There have been a lot of reports lately of companies in China pushing Apple gear that is extremely subpar. If you’re even slightly suspicious, it’s better to buy over here and spend a few extra bucks for the added security. You don’t want to open your delivery and find a block of wood with an Apple sticker tacked on the front.