You are here: Home / Apple Pay / Apple Pay Must Overcome Corporate Politics and Greed in Order to Succeed 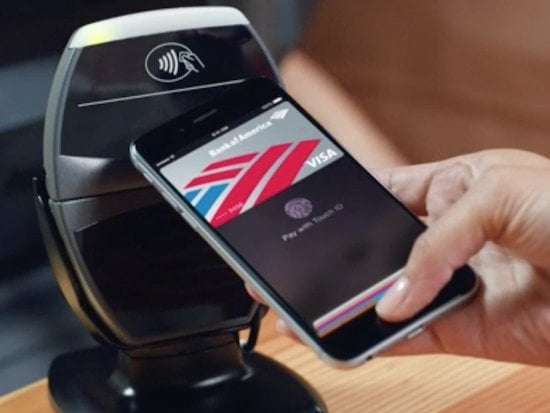 In the early days of Apple Pay’s existence, it has already becoming abundantly clear that it will need to overcome corporate politics and greed, rather than wide-scale adoption by the public, if it hopes to succeed. The new NFC-enabled, contactless payment service from Apple, has only been available for a little more than a week, and already it has received both strong support, and faced serious opposition to its use. As perhaps the most secure method of making purchases available today, credit card companies and banks have been quick to embrace the service. Meanwhile, corporate entities supporting a rival payment option have begun to line up against it, possibly setting up an eventual showdown between Apple, and a consortium of major retail giants.

Apple Pay officially launched with the release of iOS 8.1 on October 2o. Out of the gate, it was supported by Visa, MasterCard, and American Express, as well as major banks such as Wells Fargo, Chase, and Capital One. As soon as the service was active, iPhone 6 users could begin making purchases at places like Bloomingdales, McDonalds, Walgreens, and Whole Foods just by touching their phones to an NFC-enabled receiver. In fact, just about any retail establishment that had an NFC payment system already in place could accept Apple Pay, even if they weren’t specifically equipped for it.

But then a curious thing started to happen late last week. Some businesses that had previously been accepting Apple Pay suddenly stopped – most notably CVS and Rite Aid. Customers who had previously used the service at those businesses found they Apple Pay no longer worked, and they were forced to revert to the old fashioned method of swiping a debit or credit card instead. The convenience – not to mention security – of Apple Pay was no longer available at those outlets, confounding many who had already begun to rely on the contactless payment system.

It turns out, both CVS and Rite Aid are part of a large consortium of retailers who are backing a rival payment system known as Merchant Customer Exchange, or MCX. Other members include heavy-hitters WalMart, Target, Best Buy and Lowe’s, each major companies with a lot of sway in the industry. These businesses banded together to develop their own method of accepting payments that is designed to cut out the credit card companies altogether so that retailers can avoid paying hefty fees on transactions.

The MCX service is called CurrentC, and it is designed to link directly with customers’ checking accounts, rather than debit or credit cards. Scheduled to launch next year, CurrentC will work on mobile phones with its own app, but rather than simply touching an NFC enabled reader, it will require users to open the app, and scan a barcode directly from the screen, thus removing the convenience that comes with using NFC. Security analysts have been quick to voice their concerns over security as well, as retailers reserve the right to save CurrentC users data, keeping track of the items that they purchase over time. Apple Pay doesn’t store any data on consumers at all.

The members of the MCX consortium have vowed to not accept any other payment service, which is the most likely reason for why CVS and Rite Aid disabled their NFC readers. In the process, they also denied customers the use of Google Wallet, a similar system to Apple Pay that exists on Android phones. In a rare sign of solidarity between these competing platforms, iPhone and Android users have both expressed their dismay at no longer being able to use their respective contactless payment systems at the two drugstore chains.

In its early days of Apple Pay, the service has found itself caught in the middle of a battle between the credit card companies, and major retail outlets. Credit card fees have been a source of animosity between these two groups for some time, and the MCX group is looking for ways to avoid paying them altogether. The credit card companies charge retailers anywhere from 1.5%-4% on every transaction, which over the course of a year, accumulates to billions of dollars in revenue. The retailers don’t want to give up that revenue, and they are taking steps to keep more of it for themselves. The problem is, customers happen to like using their credit cards, and it is going to take a fundamental paradigm shift of some kind to convince them otherwise. Speaking at the WSJD Live event a few days back, Apple CEO Tim Cook said that Apple Pay saw more than a million credit cards activated with the service in its first 72 hours alone. That make it by far the biggest contactless mobile payment service available today, eclipsing rivals Google Wallet and SoftCard – both of which have been around for a couple of years – in its first three days of existence. Cook said he is confident that MCX members will relent, and begin accepting Apple Pay at some point in the future, especially as the service continues to grow in popularity.

In the months ahead, Apple expects adoption of Apple Pay to only continue to pick-up steam. With support for more than 500 more banks coming before the end of the year, the service will be available to even more customers, many of which will be attracted to its ease of use, and vastly improved security heading into the busy holiday shopping season. Because neither Apple, nor the retailer, ever see the customer’s credit card number, the use of Apple Pay should significantly cut down on fraud, something that the credit card companies, consumers, and presumably retailers, are excited about. Credit card fraud is responsible for billions of dollars in lost revenue each year, but Apple’s secure system should eliminates those issues.

It is likely that it will take some time before the battle between the retailers and credit card companies completely plays out. CurrentC is still months from release, and the service faces an uphill battle for adoption with customers. In the meantime, Apple Pay is likely to only continue to gain acceptance as more devices that allow the service are sold, and consumers get more acquainted with how it works. One thing is clear however, Apple feels that it can win a war of attrition with hold-out retailers eventually, bringing the service to more outlets over time.