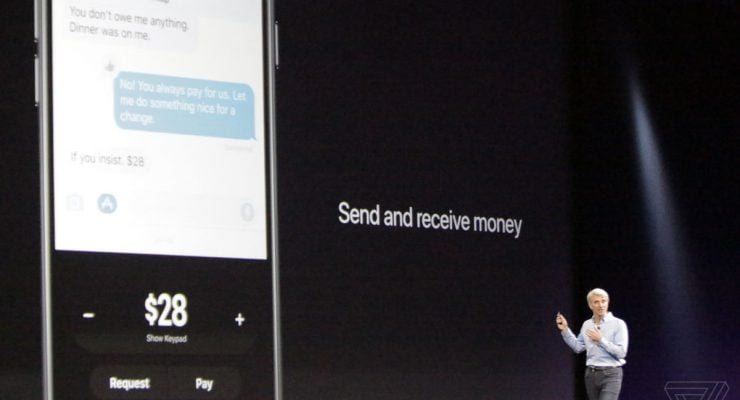 Is there anything that Apple won’t try? The answer is probably no. Already covering smartphones, laptops, smartwatches, tablets, desktop computers, music (streaming and downloading), apps and much more, the tech giant has now set its sights on the lucrative peer-to-peer transactions market with Apple Pay Cash.

P2P payments have been around for a while with the likes of Venmo and PayPal establishing themselves as reliable options within the sector, but Apple have earned a reputation for shaking up the status quo, and they look set to do it again.

We’ve been a big fan of Apple Pay for a while now, but that was a typical e-commerce transaction of a customer to vender. Apple Pay Cash, on the other hand, is all about those smaller payments from people you know.

Need $20 from your mom to see a movie? Apple Pay Cash.

Need to remind your friend that he still owes you $10 from last weekend? Apple Pay Cash.

Want to chip in for buying a colleague’s birthday present? You get the idea.

This new P2P system from Apple is fresh out of the gate, as it has only been available since November 7th (beta), but is already starting making waves in the industry. If Mashable is to be believed, then competing P2P services should have cause for concern.

True, there are big names on the roster in the digital wallet sector: Amazon Pay, Android Pay, Skrill, and of course the aforementioned PayPal and Venmo. However, when the hundreds of millions of iPhone users already have a service like Apple Pay Cash literally at their fingertips, what reason could they possibly have for using an alternative? Brand loyalty to PayPal or Venmo? Unlikely. Apple has seen a patch of land ready to be built upon, and boy, will they build something big.

That said, there are a few things to keep in mind before jumping onto Apple Pay Cash.

Even though we’ve seen Facebook and PayPal team up for P2P payments in the Messenger app, there’s still a good chance that Apple Pay Cash will be a runaway success, mostly because carrying the Apple name is always a good start.

Have any of you tried out Apple Pay Cash? Let us know your experiences in the comments below.