by Robin Parrish 10 years ago9 months ago
2

You may have heard of one or two of Apple’s spinoff companies. But can you name all six? That’s right, there are six companies Apple has spun-off from Apple Inc. And in chronological order, here they are.

Spun-off: 1987
Products: Claris was responsible for productivity suite ClarisWorks (later renamed AppleWorks) and more notably, FileMaker.
Today: Claris returned all of its software products to Apple in 1998 except one — FileMaker — and renamed itself FileMaker, Inc. The company continues to produce this popular software. 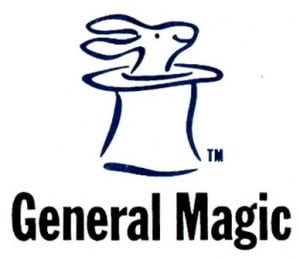 Spun-off: 1990
Products: Probably the most well-known Apple spinoff was originally known as “Pocket Crystal” and traces its origins back to a development team at Apple in 1979. There, Pocket Crystal was directly competing with the Newton team to produce the portable Apple device. This team lost to the Newton team, but was allowed to spinoff from Apple as a sort of consolation prize. (It’s a rather convoluted history that entwines with Apple and Newton both. At one point, Apple even sued General Magic!) General Magic went on to create a mobile operating system called Magic Cap, an ahead-of-its-time Siri-like artificially intelligent personal assistant called Portico, and a handful of licensed handheld products by third-party manufacturers like AT&T, Motorola, Sony, and even Microsoft.
Trivia: Portico would go on to become the foundational framework for the OnStar virtual advisor still used in General Motors’ vehicles to this day. Also, the creator of Android, Andy Rubin, at one point worked for General Magic.
Today: Closed up shop in 2002.

Spun-off: 1992
Products: Primarily known for Rae Assist, a “personal information manager” piece of software. But Rae’s software work was eventually moved over to web site design, where it would become better known as NetObjects.
Today: Dead as of 1995.

Spun-off: May 1997
Products: More a footnote in Apple history than an actual chapter, Apple announced plans to spinoff the Newton division into its own company in May of 1997. But when Steve Jobs returned to the company as CEO, he jettisoned these plans. By September of the same year, the spinoff plan for Newton had been retracted.
Today: Never quite got off the ground.