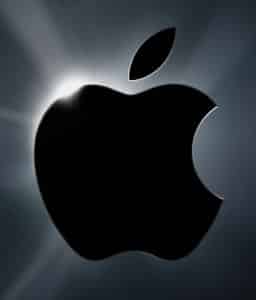 I went over to my parent’s house for dinner last night, and as we were sitting around the table making conversation, my mother says to me, “Kevin, did you hear that Apple employs child workers?” To which I respond, “Well no, that’s not exactly the story. In fact, I’m writing a post about that tomorrow.”

And here we are.

Apple, like most companies, has a handbook which gives their suppliers rules to follow if they want to continue to do stuff with the company. In this case, it’s called the Supplier Code of Conduct, and Apple recently found 17 violations in various overseas suppliers, particularly the ones who make the iPhone. From Apple [PDF link]:

In 2009, our audits identified 17 core violations: eight violations involving excessive recruitment fees; three cases where underage workers had been hired; three cases where our supplier contracted with noncertified vendors for hazardous waste disposal; and three cases of falsified records provided during the audit.

Whoops. The big news here though deals with underage workers. Again, from the report:

Apple discovered three facilities that had previously hired 15-year-old workers in countries where the minimum age for employment is 16. Across the three facilities, our auditors found records of 11 workers who had been hired prior to reaching the legal age, although the workers were no longer underage or no longer in active employment at the time of our audit.

What’s interesting to me though, is how much press this is getting, like Apple did a bad thing. Read the report in whole, and you get a different story.

Apple routinely checks out their suppliers. And if they don’t follow the rules, they get the supplier to fix the problems, or stop working with them. They also follow up with these suppliers on routine audits, sometimes twice a year. Meaning, they know what’s going on as much as they can without being there.

Apple put out this report themselves. I’m not sure if there are legal reasons for them to report this, but it’s obvious to me that they’re going above and beyond what most other companies do. Take Wal-Mart for example, and their legendary draconian overseas facilities. The way I see it, Apple is doing a good thing for the company and stopping the problem before it gets worse.

This isn’t Kathie Lee’s sweatshop here, this is Apple finding a problem and nipping it in the bud.