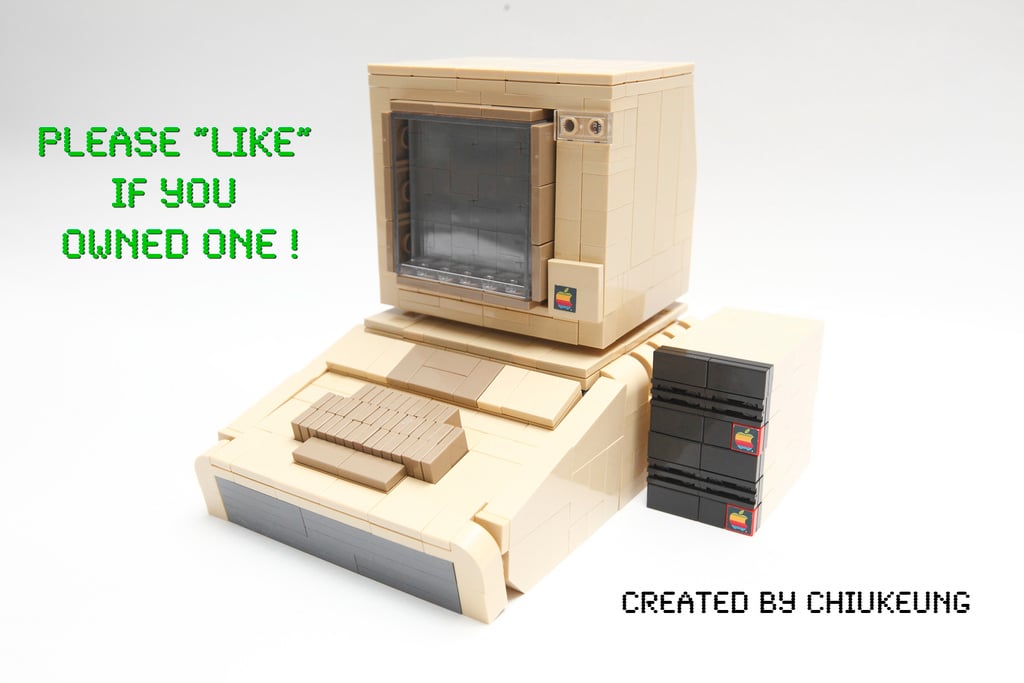 And make you envious at the same time!

Apple and LEGO are no strangers to each other, thanks to the seemingly coincidental thing that AFOLs love their Apple products as well. We’ve seen proof of this with Apple stores that have been remade in LEGO, Chris McVeigh and his LEGO Apple creations, and other amazing LEGO-Apple “mashups”.

If you want to have your very own vintage Mac in LEGO – the one created by Chris McVeigh – you can actually buy a kit so you only have to put it together. It’s selling for $62.50, but you’ll have to wait since it is already sold out!

In the meantime, marvel at this other LEGO Apple creation by Flickr user chiukeung. Based in Hong Kong, the LEGO and Apple enthusiast put his building skills to the test by creating a LEGO Classic Apple II Computer. You might be thinking that it’s totally cool, but not really all that impressive. Take a look at the innards of the LEGO Classic Apple II Computer, and you might change your mind. While it is not a working Apple II unit – duh! – the internal parts do add something special to the build. Apple II is considered to be the first iconic product of Apple. It was first demoed by Steve Wozniak and Steve Jobs at the West Coast Computer Faire in 1977. While there were probably some participants there who saw potential in the machine, it seemed that the tech experts of the day were not too convinced. After all, the Apple II still unreleased. By the end of the same year, after having been released in the summer, the Apple II was starting to make waves. And the rest, as they say, is history. Now, we can add this LEGO version to Apple II’s milestones.

If you’re like me, and you’re too young to have owned an Apple II, here’s a quick look. The LEGO portrayal is not bad at all, don’t you think?