You are here: Home / Apple Culture / How Tim Cook is Changing Apple’s Image for the Better 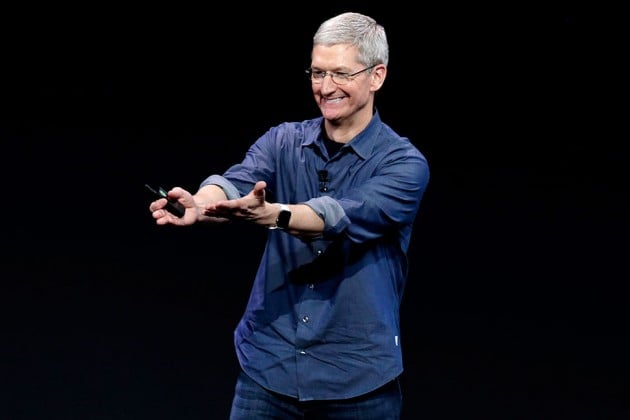 In the days of Steve Jobs, Apple was transformed from a small, quirky company that made great computers, but also made oddities like the Newton, which was far too ahead of its time, into the powerhouse of a corporation that it is today. Much of this success can be placed squarely on the shoulders of the cofounder, mostly due to his intense attention to detail, adherence to strict secrecy, and above all, a true eye for what people will want, instead of what they already want.

With the passing of Steve Jobs in 2011, the company has been trusted to the leadership of the then-COO, Tim Cook. As with any major regime change there are bound to be differences in how Tim runs the company, but as we’ve seen in the most recent WWDC keynote address, Apple seems to finally be accepting their new image, and that’s a good thing.

Even though Tim has been Apple’s CEO for a few years, this new image has taken that amount of time to be shaped and accepted by not only Apple’s customers, but most importantly, its employees. The Wall Street Journal took an in-depth look at why this change has taken so long to come to light, but the short version is that it’s all about the hands-on approach that Steve Jobs employed at Apple.

Jobs was engrained into nearly every aspect of the company, taking an often intense interest in even the smallest design cues and programming techniques. Tim Cook believes in a more hands-off approach to leadership, allowing the people under him to be responsible for their own work, and to allow them the freedom to work without the shadow of a genius like Jobs looking over their shoulder. Because of this, it took some time to put a proper support system in place as well as to change how everyone looked at their function in the company.

While the change in leadership has been slow, employees have commented that the changes are widely well-received and welcome.

The changes at Apple could be best illustrated by a variant of their iconic logo unveiled recently. According to IBN Live, Apple tweeted a new logo to be used during the San Francisco Pride Celebration in order to demonstrate the company’s policy of inclusiveness and acceptance. While Apple has always been very open about their anti-discrimination policies, there was little to no activism outside of the company itself, which was a decision of Steve Jobs, who focused on new product creation and felt that open activism may impact profitability.

On the flip side, Tim Cook has been pushing for a stronger working relationship between Apple and its employees to both foster innovation as well as to improve the overall image of the company in the world at large.

Cook has also focused heavily on protecting Apple’s intellectual property (IP) in a much gentler way, too. While Apple still relies heavily on lawsuits to protect their ideas and designs, Apple under Tim Cook has been far more reasonable and willing to settle disputes peacefully. A prime example of this is the handling of the Google-Apple rivalry.

Not everything at Apple is changing, however. New patents, including one for al all-glass iPhone show that the change in leadership has not affected their nonstop devotion to aesthetic and design. Cook’s recent appearances at tech conferences around the world as well as the excellent World Wide Developer Conference in 2014 both show that Apple still plans on supporting their valued app and hardware developers through measures such as improved compatibility with Shopify as well as other apps. Even though Apple is changing and a new direction has been plotted, consumers and developers alike can feel safe that while there’s a new captain of the ship, the quality and innovation that we’ve grown to love about Apple will still be abundant for years to come.

Analyst Says Apple Could Be Obsolete in Three Years