You are here: Home / Apple Culture / How Apple Has Changed From Steve Jobs to Tim Cook 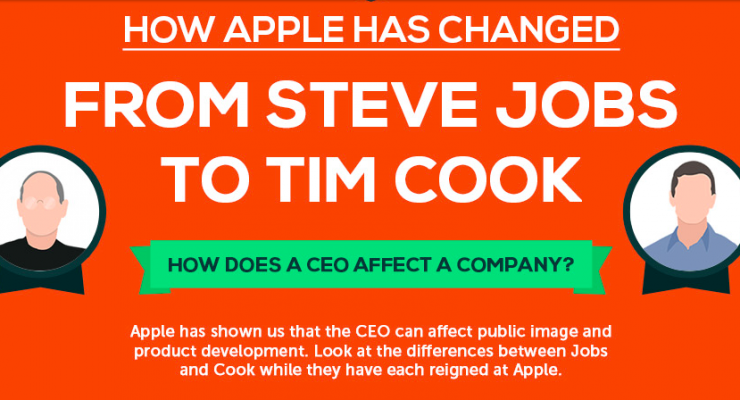 Steve Jobs has inspired so many people and has reached cult status. As CEO of Apple, he was the driving force behind the company, making decisions about the tiniest detail and making himself the face of the brand.

There’s this famous (infamous?) anecdote about Steve calling Vic Gundotra on a Sunday morning when Vic was in church. The reason for the call? Steve’s message:

“I’ve been looking at the Google logo on the iPhone and I’m not happy with the icon. The second O in Google doesn’t have the right yellow gradient. It’s just wrong and I’m going to have Greg fix it tomorrow. Is that okay with you?

But his involvement in the company was more than that, and he built the Apple that we’ve all come to love (and sometimes criticize).

Now, with Tim Cook as CEO, times they are a changin’.

Tim Cook’s background is miles apart from Steve’s. Tim’s approach is of his own. He’s not as charismatic perhaps, but his production line expertise is quite evident.

Yesterday, I shared some of the best Steve Jobs infographics I have found. I was going to include this one, but I decided it is worthy of its own post.

The infographic below shows us how Apple has changed from Steve Jobs’s reign to Tim Cook’s.

See the details below and increase your knowledge of the company (and its CEOs) you throw your money at.