You are here: Home / Apple Culture / Everyone Should Be Like This Apple Store Worker 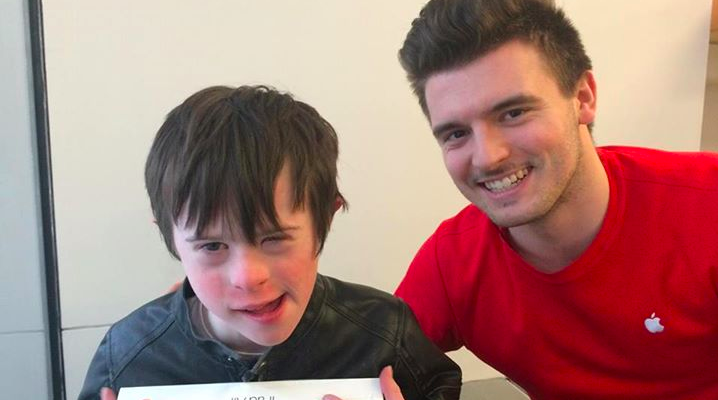 It’s not every day that we talk or hear about the “ordinary” people who work at Apple Stores. Sure, they help people decide on which model to buy. They answer multitudes of questions. They can be the most patient people in the world. Some not as much.

This Apple Store worker from Tennessee has done something far and beyond his duty. And by doing so, he has touched people lives.

Andrew Wall works at the Apple Store in the Mall at Green Hills. When he saw a young boy hit the glass wall of the store really hard and the mother obviously struggling to keep herself together, he quietly went over to them and sat on the floor.

The boy, James Rink, has autism. His mom LynnMarie Rink was concerned that the accident would agitate her son, which could result in a very difficult situation, so she did her best to just let James be as he just sat there and watched people walk around.

Andrew sat on the floor with him, and followingÂ LynnMarie’s cues, the Apple Store worker got the iPad case which LynnMarie had brought with her, got the iPad that mother and son wanted to buy, and sat with James once again to teach him how to use his new gadget.

How does this not touch one’s heart?

As an aunt of a child with special needs, I couldn’t help but tear up when I read the story. We need more people like Andrew, and not just in Apple Stores.

"Dear Apple Store, Green Hills, I’m writing to let you know how great your employee (pictured in this photo) was to me…

Posted by Love What Matters on Saturday, January 23, 2016